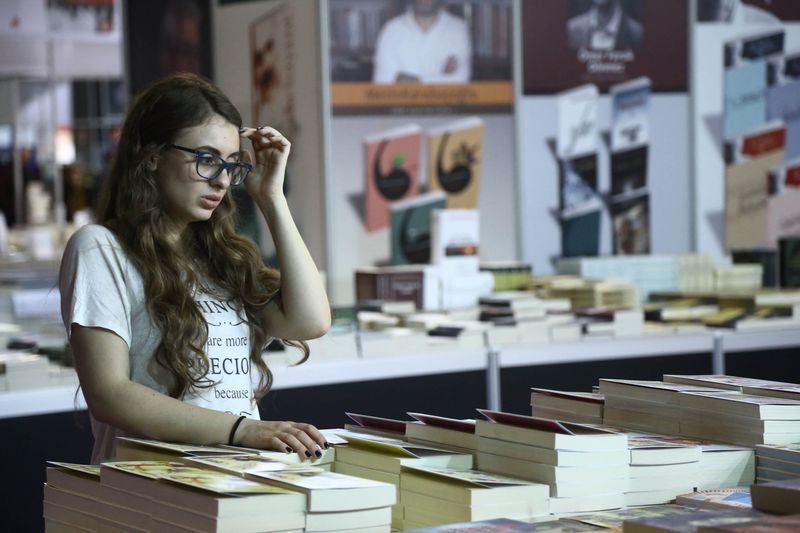 Turkey's Culture Ministry library chief, Hamdi Turşucu, said that the country has the world's 12th biggest book market. More than 1,700 book translations have been supported since 2005 within the Translation and Publication Grant Program of Turkey.

Turkey has become one of the leading book markets in the world. This was the claim made at the opening ceremony of the CNR Expo Book Fair in Istanbul on Friday. Turkey's Culture Ministry library chief, Hamdi Turşucu, said that the country has the world's 12th biggest book market. Turşucu claimed that around 16,000 International Standard Book Numbers (ISBN) - a unique numeric commercial book identifier - were given by the state in 2002. The number increased to more than 50,000 in 2014, Turşucu said.

"Turkey is the world's 11th largest country in terms of ISBNs," he added. Turşucu also praised Turkey's TEDA project - a translation support program that started in 2005. More than 1,700 book translations have been supported since 2005, Turşucu said. More than 400 authors' works can be read in 64 countries in 54 languages, he added.

Turkish publishers at the fair were pleased with 2015's first book fair in Istanbul where Anadolu Agency participates as a Global Communications Partner. The event in Yeşilkoy is running with the theme: "Battle of Çanakkale," also known as the Dardanelles Campaign, the 1915 WWI battle between the Ottoman army and the Australian and New Zealand Army Corps, which marked the defense of Turkey's sovereignty. This year, the fair runs between Feb. 27 and March 8 and will host over 250 publishing houses. Ithaki Publishing representative Coşkun Ören said that a second book fair for Istanbul was a necessity for the city's 15-million-strong population.

Pointing out the decline in the readers' average age, Oren added: "Reading age for Turks has decreased over the last decades." A deputy manager at an Istanbul school, Önder Kaya, said that they came to visit the fair with a group of 160 students. One of those students, Bahar Karaduman, 14, said she was at a book fair for the first time in her life. Another bibliophile was Muhammad Nuri, 18, a high school student in Istanbul who said that he purchased books he would not normally find in local stores.