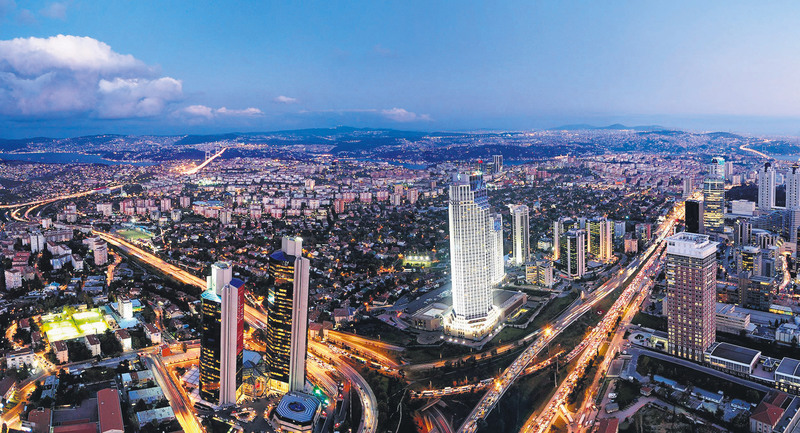 by Anadolu Agency Mar 02, 2015 12:00 am
Professor Mehmet Nuray Aydınoğlu from the Boğaziçi University Kandilli Quake Research Institute said yesterday that new high-rise buildings would undergo compulsory earthquake tests during the design stage to ensure they are quake-proof even before the start of construction.

Aydınoğlu, who is also a member of the Prime Ministry's Disaster & Emergency Management Authority (AFAD) Earthquake Regulation Preparation Committee, said the new set of regulations would be presented to the relevant authorities in the second half of this year. There will be a special regulatory clause to make quake-tested designs compulsory for high-rises, he said. Earthquake tests are currently voluntary for high-rise buildings.

Aydınoğlu said modern technology has allowed scientists to better estimate the projected effects of earthquakes on buildings. "We use special software to create scenarios to see what happens to buildings during earthquakes. Advanced models of analysis are used to see where cracks appear and this affects how the design of the building proceeds. This is called performance-based-design," he said.

Aydınoğlu admitted that Turkey lacked the necessary inspection mechanism, underlining the importance of setting up autonomous inspection boards across the country. "We lack both a proper control mechanism and adequate personnel. Local civil engineers are not taught this topic. Anyone in Turkey can become a building contractor. This is something we still have not resolved."

The devastating 1999 Marmara Earthquake had pushed authorities to better implement the existing regulations, but the professional cadres needed to inspect whether the rules are obeyed still did not exist, said the academic. "High-rises necessitate serious engineering know-how and a high level of technology. Unfortunately, we still do not have the necessary control mechanism for these modern buildings," he said.
Last Update: Mar 02, 2015 10:32 pm
RELATED TOPICS