Four countries and nations to unite for Nevruz festival in Turkey 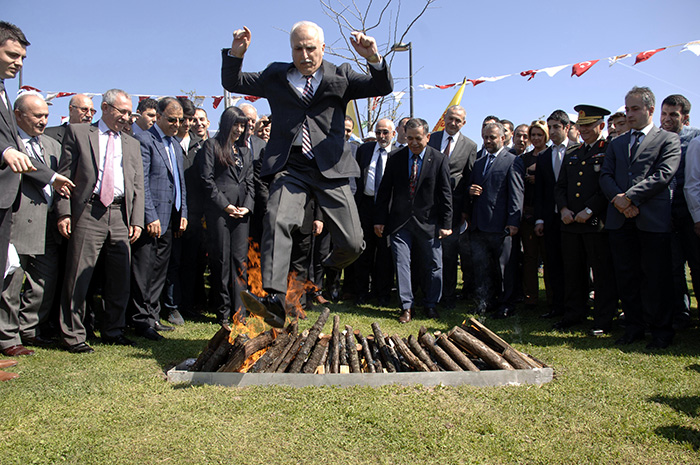 - Istanbul's former governor Huseyin Avni Mutlu jumps over the Nevruz fire during last year's celebrations in Istanbul
by Anadolu Agency Mar 05, 2015 12:00 am
Four nations will join together in eastern Turkey to celebrate the annual Nevruz festival on March 21 to mark the beginning of spring, the country's culture and tourism director in Igdir province said on Thursday.

Azerbaijanis, Iranians, Georgians and Turks will hold festivals, local dances and conferences, according to Osman Engindeniz, the head of Igdir's Culture and Tourism Directorate.

The festivities will span three days, from March 19 to 21.

"Four countries and nations will unite for one festival. We will celebrate Nevruz in every aspect and in all colors. We have invited folk dance teams, actors, musicians and academics for this," said Engindeniz.

There will be groups of at least 30 people from each country, joining the festivities for three days and nights.