Erdoğan: ‘Violence against women is betrayal against humanity’ 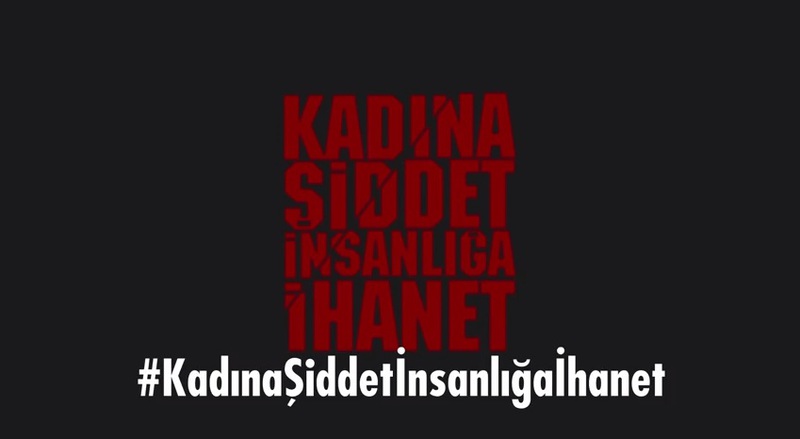 The campaign featured a video of President Recep Tayyip Erdoğan and his wife Emine Erdoğan, along with prominent artists and athletes.

The main theme of the campaign is that 'violence against women is betrayal against humanity', as said by Erdoğan at the end of the video, while its Turkish version was released as a hashtag from Erdoğan's official Twitter account on Sunday.

"I celebrate all womens' March 8 World Women's Day" said Erdoğan in the Twitter message, ended with the initials of his name, which means that the message was sent by himself. 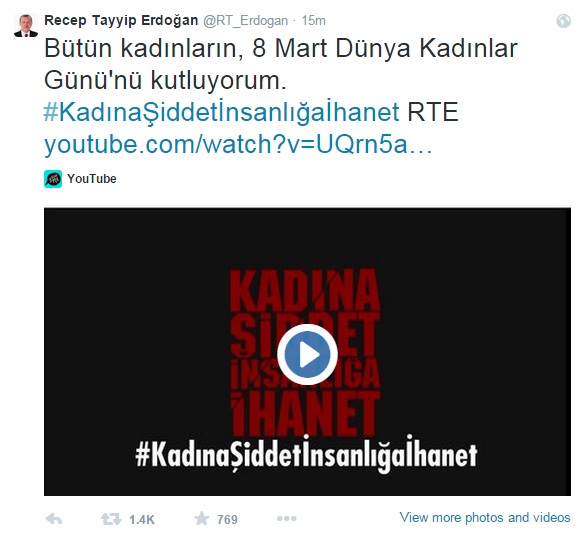