Born in air and working in air 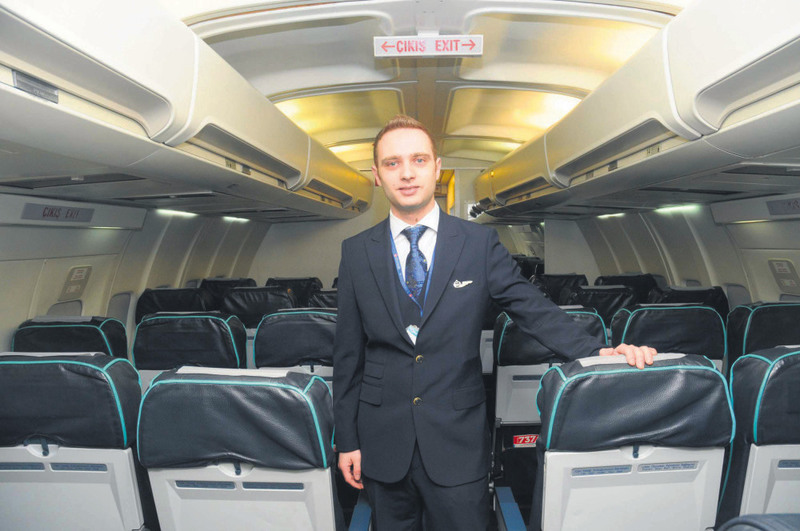 by Daily Sabah Mar 09, 2015 12:00 am
A man who was born during a Turkish Airlines (THY) flight to Frankfurt from İzmir is now working as a flight attendant for the same airline.

Erkan Geldi, 25, was born on Sept. 9, 1990, soon after his pregnant mother, Fatma Geldi, boarded a flight to meet his father who was working in Germany. When she went into labor, pilot Erkan Süzer allocated a section in the cockpit and a newly graduated gynecologist, who was fortuitously among the passengers, helped with the birth.

The mother named her son Erkan in honor of the pilot. Geldi finished high school in Germany before coming back to Turkey and receiving a bachelor's diploma in teaching English at Bakılesir University. The boy born in the air could not escape his fate, and applied to become a flight attendant with THY after graduating. "When they asked me why I wanted to be a flight attendant during the interview, I told them I was born on a plane," he said. "I love planes and THY. I want to work in the air and eventually be a pilot," he added. Geldi, who has been working as a flight attendant for the past seven months said he would apply for pilot training this summer.

Three mothers have given birth over Turkish airspace in the past 30 years. German national Stefanie Eiser, returning from holiday in Antalya on July 16, 2000, told the cabin crew that her family was unaware of her being pregnant and that labor pains had become unbearable. After being alerted, the pilot made an announcement and found a doctor among the passengers. Eiser gave birth to a girl she named Jasmine. Jasmine is now a healthy 15-year-old high school student.

On Sept. 3, 2003, 21-year-old Polish national Anjelika Maria Micun went into labor while traveling from Antalya to Cologne. With the help of the crew and some female passengers, Micun gave birth to a girl at an altitude of 9,000 meters. The plane later landed at Istanbul Atatürk Airport.