Rivers in Thrace threaten to burst their banks 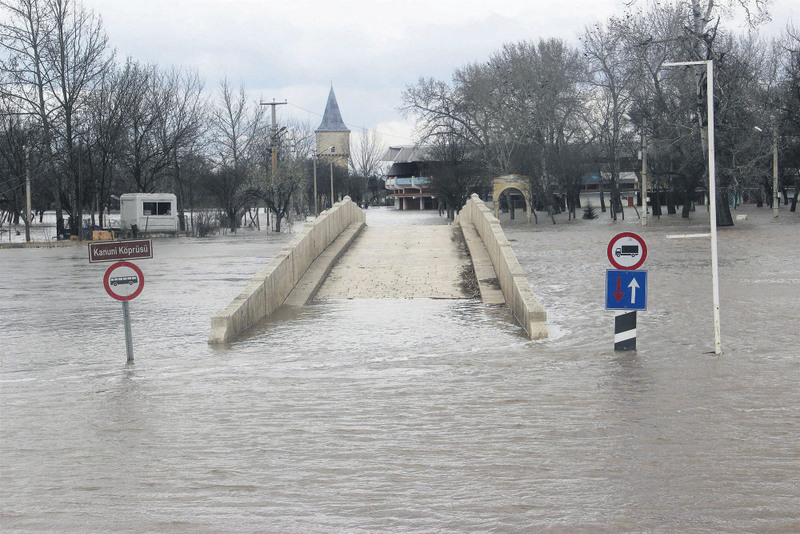 by Anadolu Agency Mar 09, 2015 12:00 am
Heavy snowfall in Bulgaria followed by heavy rains is causing the Tunca and Meriç Rivers in the Thracian Edirne province on the Greek and Bulgarian border to rise, with officials keeping a close eye on the risk of them bursting their banks. Officials said the Tunca River, which narrows near Sarayiçi Island, is slowly flooding nearby areas, including Adalet Kasrı and Kırkpınar Er Sqaure.

Meanwhile, access to Sarayiçi Island is closed due to the Fatih and Kanuni Bridges being shut to traffic and Yalnızgöz Bridge over the Tunca River is closed due to flooding. The Tunca Bridge allowing access to the Karaağaç region is slowly being flooded due to rising waters, with authorities saying that it may be closed to traffic if the waters continue to rise.

The continuing snowfall and heavy rain in Bulgaria is a cause for concern. Last month's floods, when Bulgarian officials released water from dams, was the heaviest in the past 50 year and created chaos in much of the region.
Last Update: Mar 09, 2015 11:05 pm
RELATED TOPICS