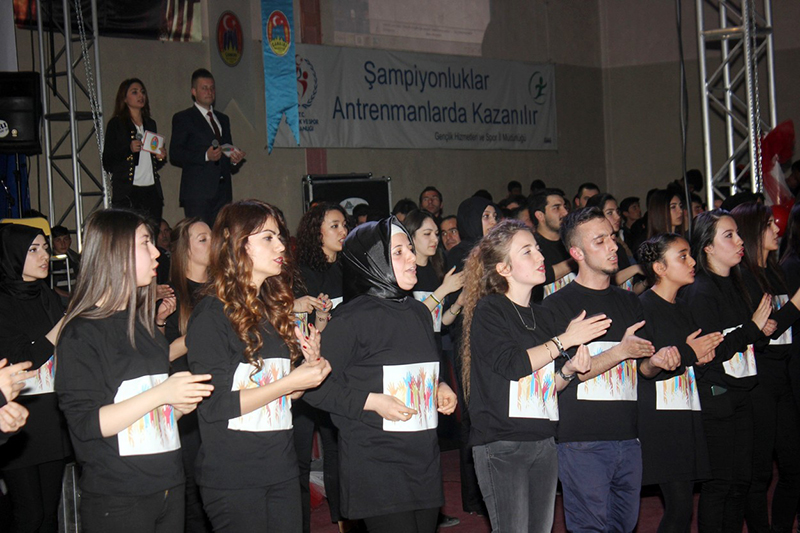 by Daily Sabah with AA Mar 11, 2015 12:00 am
Çankırı, a central Turkish city, hosted an unusual event on Tuesday evening – a festival for the hearing impaired.

Concerts and speeches were interpreted in sign language in the event, promoted as first of its kind in Turkey, and was largely silent save for a concert by a non-hearing impaired singer.

The festival was a culmination of a training program by the Çankırı Municipality that taught 400 youths sign language.

After an opening speech by the mayor and governor, sign language trainees presented a play followed by a concert where songs were interpreted in sign language for guests.
Last Update: Mar 11, 2015 4:48 pm
RELATED TOPICS