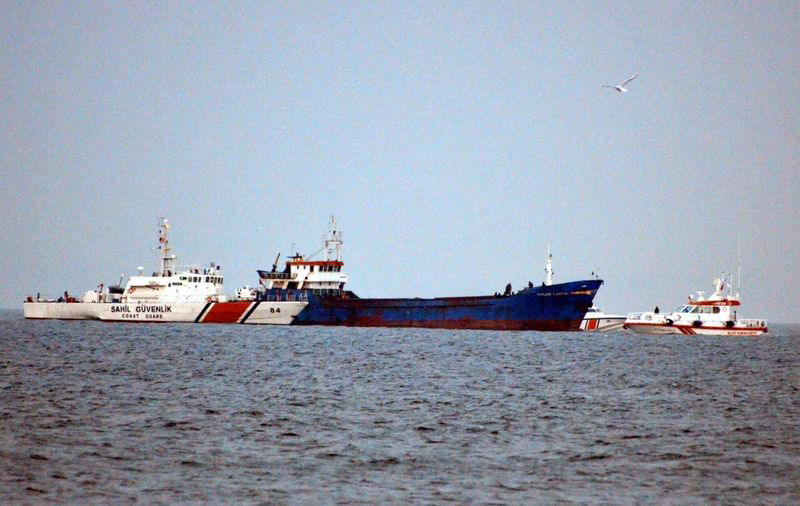 by Daily Sabah Mar 12, 2015 12:00 am
Turkey's coastguard closed the Dardanelles Straits to shipping on Thursday after launching a chase for a cargo ship carrying hundreds of illegal migrants.

Despite the calls from the coastguard, including warning shots, the ship continued on its course. Security forces managed to board the vessel and captured some 400 illegal migrants, whose nationalities were not immediately made public.

The authorities temporarily stopped the traffic on the busy Dardanelles Straits, a major international shipping route.

Turkey has become a transit hub for refugees fleeing parts of the Middle East, North Africa and areas as far away as Afghanistan, hoping to reach Europe.