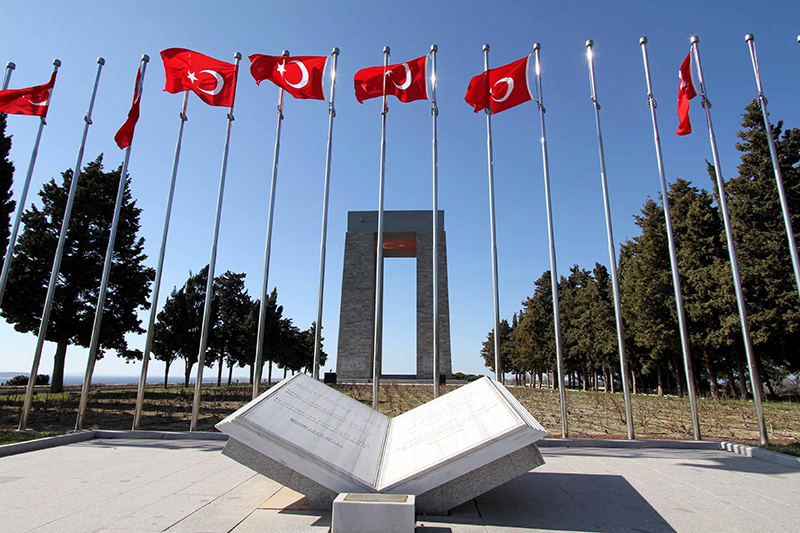 by Anadolu Agency Mar 13, 2015 12:00 am
The Mavi Marmara flotilla will take 350 young people from Turkey's northern Samsun province to northwestern Çanakkale to commemorate the Çanakkale Victory Day, it was announced on Friday.

"We received about 700 applications, out of which we will choose 350 people," Humanitarian Relief Foundation representative Ömer Idris Akdin said. Akdin added that conferences and competitions would also be organized for the participants in the flotilla, which will depart on March 15.

Turkey commemorates the Çanakkale Victory Day and Martyrs' Day on March 18. It marks the 1915 battle that took place in the Dardanelles strait in Çanakkale province's district Gallipoli, which marked a turnaround in the fortunes of the Turks during First World War.

The victory against the allied forces in the Dardanelles gave Turkey a massive moral boost that enabled it to wage a war of independence and eventually, in 1923, form a republic from the ashes of the Ottoman Empire.

Akdin said the foundation's Mavi Marmara flotilla defended shared values of all humanity that "stands against violence and cruelty."

In May 2010, Israeli commandos killed eight Turkish nationals and an American of Turkish origin in a raid on the Mavi Marmara, which was part of the "Gaza Freedom Flotilla." Another person died in a Turkish hospital in 2014 after being in coma for almost four years.

The convoy was led and established by the Turkish aid agency IHH and was carrying humanitarian aid and construction materials for Palestinians in the Gaza Strip, which was under an Israeli blockade at the time.