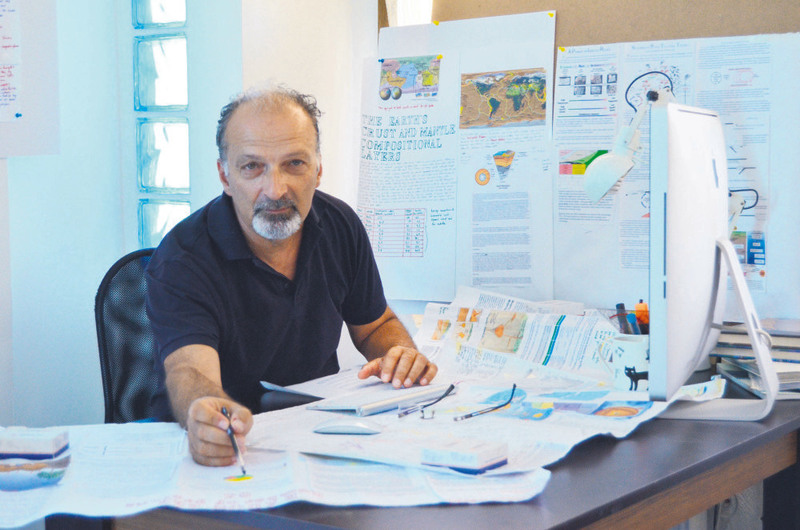 by Anadolu Agency Mar 15, 2015 12:00 am
Izmir's Dokuz Eylül University will become the operational center of the U.S. National Aeronautics and Space Administration (NASA)-initiated project called the GeoCosmo Research Institute that will try to predict earthquakes before they happen. The Dokuz Eylül Computer Science Department Chairman Professor Efendi Nasiboğlu who will head the Turkish team, said he believed with continued research it will be possible to predict the time, place and the strength of earthquakes.

GeoCosmo, headed by Professor Friedemann Freund, described its mission as establishing "the scientific understanding of pre-earthquake science necessary for creating a true global earthquake forecast system that could save billions of dollars and thousands of lives each year."

Freund is the developer of the free-electron theory that aims to predict earthquakes by measuring the electron imbalances caused by pressurized rocks deep underground. With Turkish citizen of French origin Ronald Karel becoming the deputy head of GeoCOsmo, interest in Turkey has increased.

Karen said stations established at the university's Tınaztepe campus would be correlated with data received from NASA satellites and sent to GeoCOsmo center after analyzed by the computer science department. Karel said stations would be established in 34 countries.
Last Update: Mar 15, 2015 8:38 pm
RELATED TOPICS