New telpher lines to be established in Eyüp district 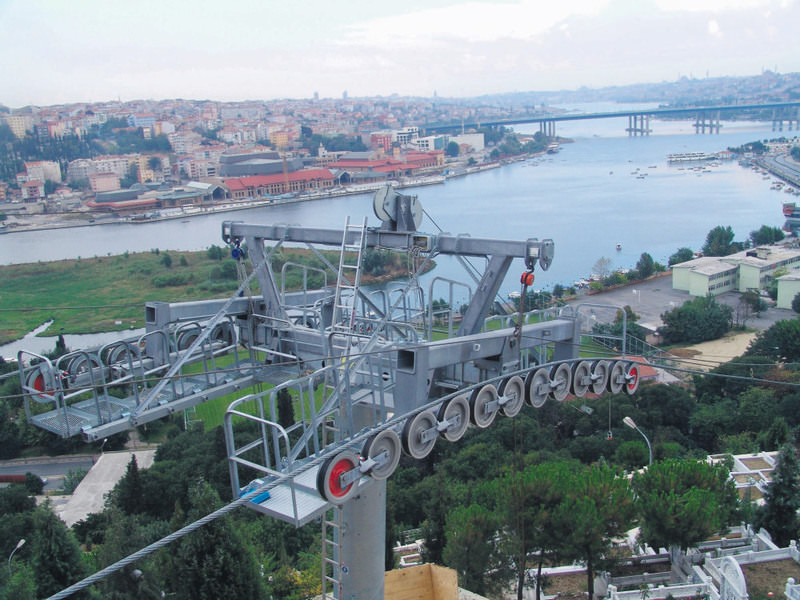 by Daily Sabah Mar 16, 2015 12:00 am
New telpher lines will be established to revive tourism and relieve Istanbul's traffic congestion soon. Within the scope of this project, the telpher line between Eyüp and Pierre Loti will be extended to Miniatürk, while another telpher line will be built between the Miniatürk, Alibeyköy and Vialand. The Eyüp district will have two different telpher lines when the project is completed. The line from Eyüp to Miniatürk will be 1.9 kilometers and have three stations. It will be possible to arrive to Miniatürk in seven minutes from Eyüp. The line will carry 1,500 passengers hourly in one-way direction.

The second line from Miniatürk to Vialand will be 3.5 kilometers with four stations. Passengers can go to Vialand in 11 minutes. This line is planned to carry 2,000 passengers hourly in one-way direction. Eyüp Mayor Remzi Aydın spoke Anadolu Agency that the Istanbul Metropolitan Municipality is working on two subway and one modern tramway line projects, along with the telpher lines. Aydın said the project is expected to be completed in two and half years. The current telpher line from Eyüp to Pierre Loti has been working for 10 years, but cannot meet the demand. "Under the supervision of Metropolitan Mayor Kadir Topbaş, the new telpher line will allow more tourists to visit the area," he said, adding the current line is very busy on the weekends and people line up at the gates. A recent statistic showed that Pierre Loti is visited by 3 million people annually, showing a high demand. "New lines will be built to increase the line's passenger capacity," Aydın continued. He said the district suffers from traffic congestion as its history appeals to many tourists visiting Istanbul. Transportation will be much easier with the new lines, Aydın said, highlighting the need for other projects revealing the historical pattern of the Eyüp district.
Last Update: Mar 16, 2015 9:35 pm
RELATED TOPICS