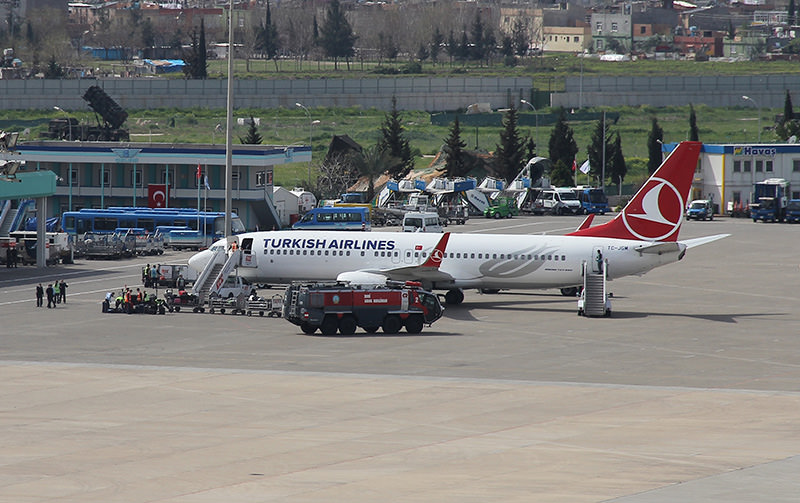 | Photo: AA
by Daily Sabah Mar 18, 2015 12:00 am
A Turkish Airlines Adana-Istanbul flight was evacuated due to a bomb alarm early on Wednesday. It was later discovered that a 21-year-old man had made the hoax bomb alert in order to catch the flight.

While preparing for takeoff, the plane was stopped at Adana Airport, a southern Turkish city, and passengers were evacuated after a bomb alert. Security forces, along with fire crew and airport staff, gathered around the plane. After searching for an hour, experts found no risk of threat.

Following a series of investigations, it was found that a man, whose name has not yet been made public, made the bomb hoax since he was running late to catch the flight. He had reportedly visited his hometown and was going back to continue his military service in Bitlis. He was taken into custody by the police and the plane left Adana Airport.
Last Update: Mar 18, 2015 2:16 pm
RELATED TOPICS