US report: Turkey remains committed to war on drugs 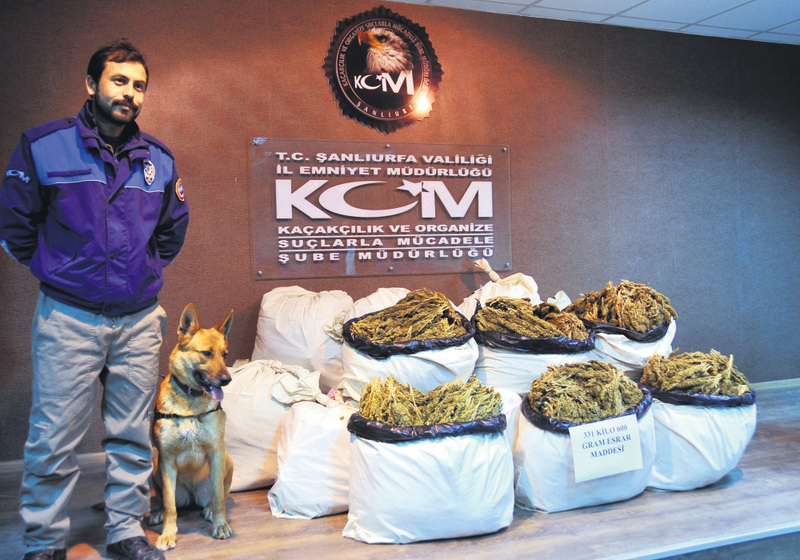 The U.S. State Department released its annual "International Narcotics Control Strategy Report," which was presented to the U.S. Congress, on Wednesday. The report's section on Turkey warns that the country remains a significant transit country for illicit drug trafficking, but noted that law enforcement agencies in the country remain "strongly committed" to disrupting the trafficking.

The country, situated at the intersection of the European and Asian continents, which acts as a main bridge between the regions surrounding it, is the final destination of drugs such as heroin, opium and cocaine smuggled from other countries, including Turkey. Those drugs are delivered to European countries. Chemical drugs such as emthamphetamines, on the other hand, are trafficked from Europe to Asian countries and Turkey's eastern and southern neighbors.

The report said the U.S. will continue to work with Turkey to strengthen its ability to combat drug trafficking and reduce the flow of Afghan heroin to international markets as well as support Turkey's work as a regional leader in counternarcotics training and education.

According to the report, Turkish traffickers control much of the distribution of heroin trafficked via Turkey and marketed in Western Europe, and Turkey also acts as a transit route for opiates smuggled from Afghanistan via Iran.

"Many major drug traffickers in Turkey are ethnic Kurds or Iranians. In recent years, many ethnic Kurdish traffickers have expanded operations to larger cities in Turkey and other countries in Europe," the report noted. The terrorist organization PKK, which draws support from some members of Turkey's Kurdish community, is one of the main actors in drug trafficking. The report noted that Turkish authorities last summer launched a major crackdown on drug trafficking connected to the PKK in the city of Diyarbakır.

On local drug abuse, the U.S. report said it remains "modest" compared to other countries in its region, although the number of addicts seeking treatment is increasing. It also highlights that the Health Ministry remains underfunded to fight drug abuse.

Figures in the "2014 Turkey Drug Report" prepared by the Turkish National Police have indicated a concerning rise in drug use in the country, particularly in the use of the popular narcotic bonzai, the street name for a synthetic cannabinoid that has gained notoriety in the past couple of years. The report also shows a 400 percent rise in drug-related deaths across the country.

The government launched an action plan to combat drug addiction and sales, and stepped up efforts to contain the phenomenon that Prime Minister Ahmet Davutoğlu likened to terrorism.

The Turkish report shows a 38 percent increase in the use of bonzai while an overall increase in drug use registered at 17 percent. Bonzai caused a public outcry in Turkey after a string of overdose deaths among young users. Bonzai accounts for half of all illegal drugs sold in Istanbul according to a police report, and reportedly caused more than 300 deaths over the past two years, according to unofficial figures. Easily accessible and cheap, the drug poses a new threat, especially for youth. The report said drug traffickers turn to ingenious methods to smuggle the materials used in the preparation of bonzai, such as soaking imported tea leaves in them.

Although the drug use rate is 2.7 percent, according to official figures, Ankara launched a preemptive anti-drug action plan last year. Measures against drug abuse include more effective law enforcement, harsher sentences for drug dealing and other related crimes and a campaign to raise awareness in families among other steps.
Last Update: Mar 20, 2015 9:52 am
RELATED TOPICS