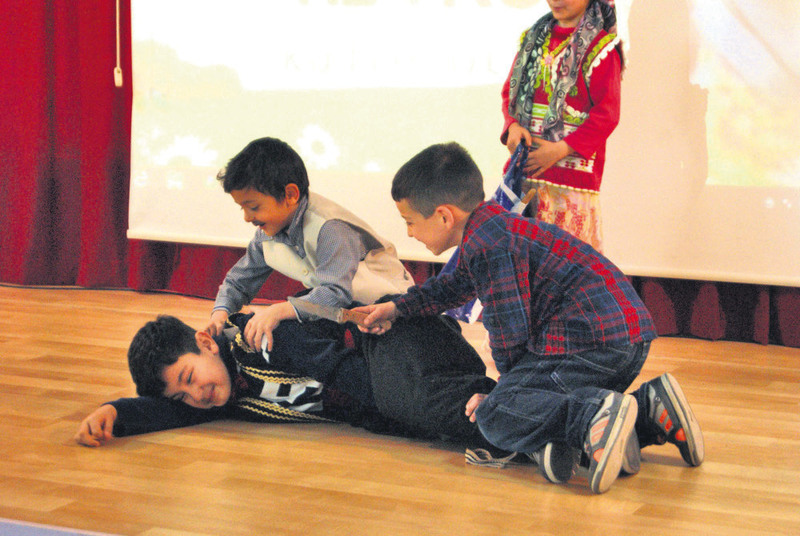 by Daily Sabah with AA Mar 25, 2015 12:00 am
Local authorities launched an investigation following outrage for some on social media over a play staged by primary school students involving a boy being "sacrificed" by fellow actors in one of the scenes.

Children at a school in the Hacılar district of Kayseri in central Turkey were acting in a play with Nevruz as the theme, a traditional spring festival celebrated last week. In one scene, one of the child actors lay on the ground while another child produced a prop knife and pretended to slit his throat.

The Hacılar district governor, Yasin Tikdağ, said they launched an investigation about the play directed by teachers at the school. He said they did not receive any complaints from parents regarding the violent scene. "But it is something that may scar the children psychologically. I don't think this was the intention. Apparently, they were acting out a scene from Ergenekon [an ancient Turkic epic], but they made a mistake," he said. The children were seen in the play depicting a period before Turkic people converted to Islam chanting "Allahu akbar" (God is great) while performing a sacrifice, a ritual currently performed by slaughtering sacrificial animals in Islam.
Last Update: Mar 25, 2015 2:02 am
RELATED TOPICS