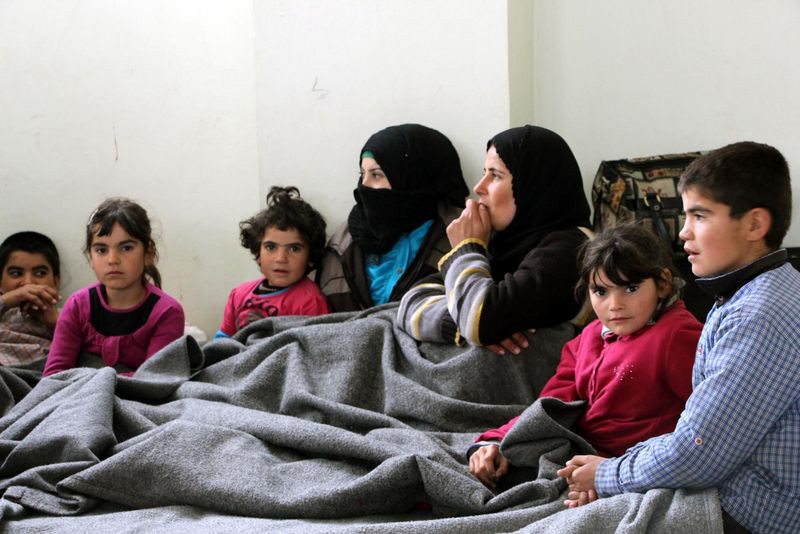 | Photo: DHA
by Anadolu Agency Mar 26, 2015 12:00 am
Turkey rolled out a new program aiming to train Syrian families in a wide range of subjects, from sustainable marriage to finance and legal rights.

Syrian families living in a refugee camp for the displaced in the southern province of Kilis are among the first trainees of the Family School Project, which is jointly sponsored by the Disaster and Emergency Management Authority (AFAD) that oversees refugee camps and UNICEF.

Eighteen Syrian university graduates were trained for the program to teach families in Elbeyli camp, home to some 24,000 Syrian refugees. They will train the families in solving problems they may encounter during marriage, legal knowledge and awareness of their personal rights, how to manage family finances and make a living and health issues from reproductive health to child health and first aid.

Kilis Deputy Governor Vedat Yılmaz said the program was the first of its kind for Syrians and they believe it will benefit them. "They were traumatized by war and had problems of adopting a new life here. The program has already got results in resolving their problems, especially in family life," he said. If the program is successful it will be introduced in other Syrian refugee camps.
Last Update: Mar 26, 2015 4:42 pm
RELATED TOPICS