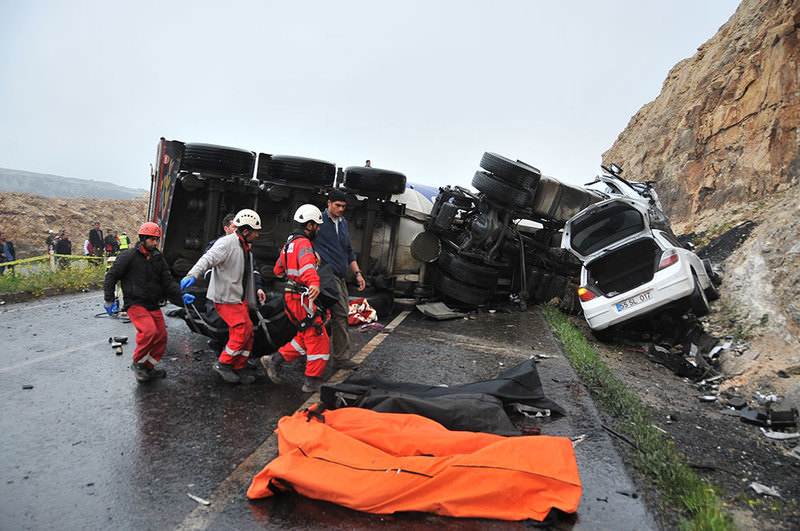 | Photo: AA
by Compiled from Wire Services Mar 29, 2015 12:00 am
At least thirteen people have died in a pileup involving a minibus, an automobile and a concrete mixer in Turkey's southeastern province of Şanlıurfa.

The officials said that nine Syrian nationals were among the casualties of the accident.

It had earlier been reported that eight people, including children, died at the scene. A further five people were later reported to have died in hospital.

Nine others who were injured are being treated in nearby hospitals.