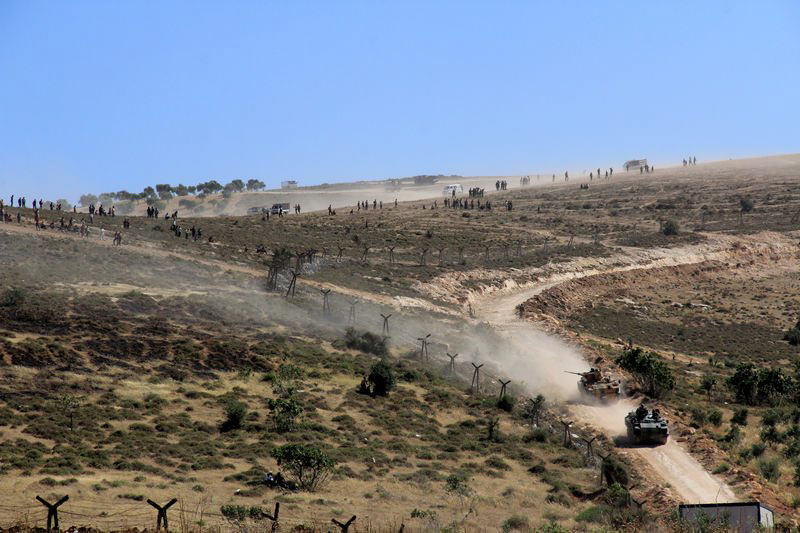 by Anadolu Agency Apr 05, 2015 12:00 am
Twenty people, one of them a German citizen, were detained on Saturday in the southern province of Kilis for allegedly trying to cross into Syria to join the self-proclaimed Islamic State of Iraq and al Sham (ISIS), Turkish Armed Forces on Sunday.

According to the Turkish General Staff's statement, the suspects were traveling in a minibus towards Turkey's border with Syria when they were stopped in Kilis.

An investigation into the incident has been launched, the statement added.

ISIS is attracting fighters from varied origins and continues to appeal to foreigners, which some experts believe is due to xenophobia and the rising far-right movements in Europe. In a bid to impede the flow, Turkey has increased efforts to adopt tighter security measures, which seek to eliminate the threat of fighters moving in and out of its territory.