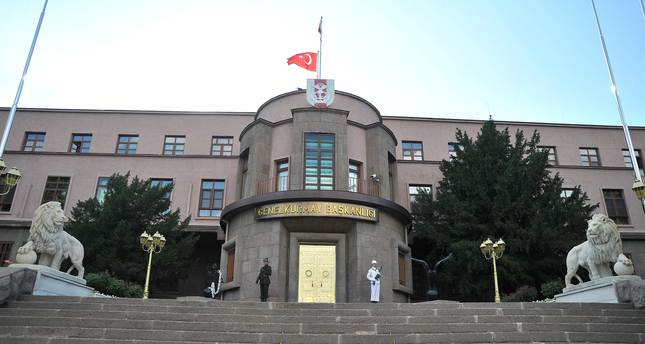 by Anadolu Agency Apr 11, 2015 12:00 am
A total of 134 people were detained by Turkish security forces on Friday for illegally entering the country and neighboring Bulgaria, Greece and Syria, the Turkish Armed Forces said in an official statement on Saturday.

According to the released statement, 86 Syrian and six Chinese nationals were caught at the Syrian border as they attempted to illegally cross into Turkey.