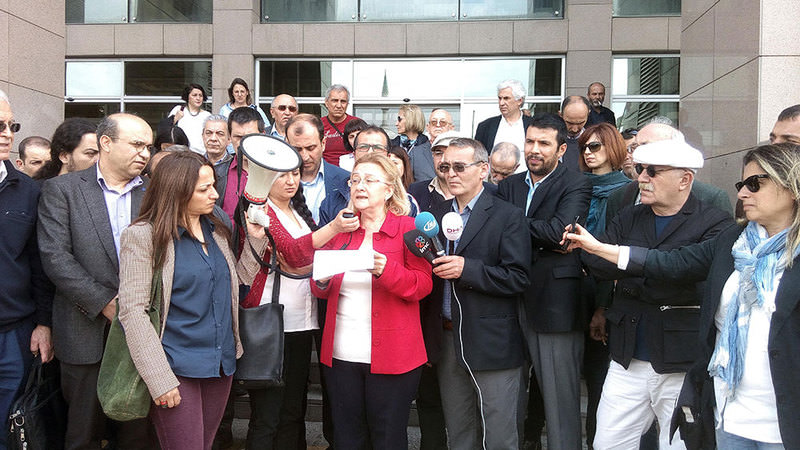 by daily sabah Apr 29, 2015 12:00 am
Twenty-six suspects, who were senior leaders of the Taksim Solidarity Platform, an umbrella group of movements which started the 2013 Gezi Park protests that evolved into massive riots, have been acquitted by a court on Wednesday.

The suspects were facing charges of founding a criminal organization, violation of public order and unauthorized assembly. They were released pending trial in an earlier hearing after a brief detention.

The court decided that the charges put forward within the indictment were not defined within the law.

The suspects, which include former Istanbul Chamber of Architects Environmental Impact Assesment Advisory Board Secretary Mücella Yapıcı, former Istanbul Medical Chamber Chairman Ali Çerkezoğlu, and the Chamber of Electrical Engineers Istanbul Branch Chairman Beyza Metin, made a press statement after the trial and asked for the acquittal of other suspects being tried in various cases.