Turkey tightens security along frontier with Syria amid threats from ISIS 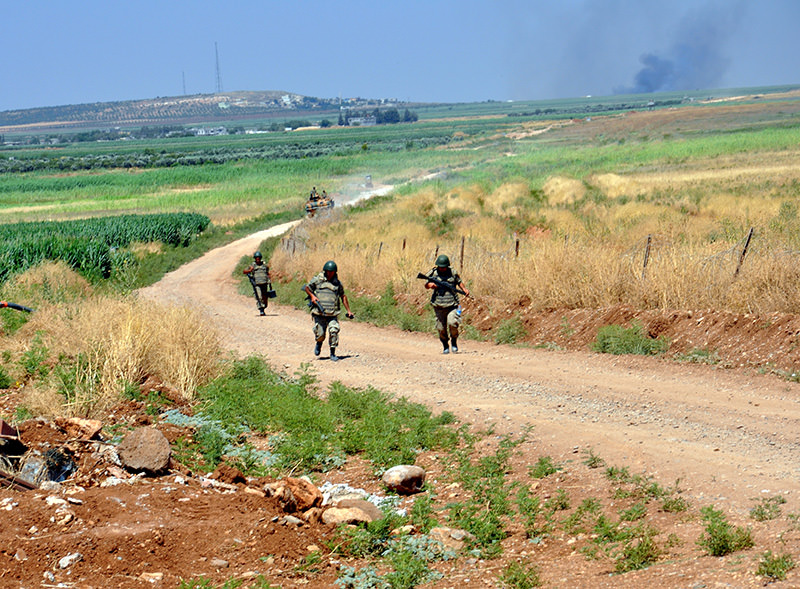 | AA Photo
by Anadolu Agency Jul 01, 2015 12:00 am
Turkey has tightened security along its frontier with Syria amid ongoing border clashes and threats from ISIS upon Azaz, a small town northwest of Aleppo.

According to an Anadolu Agency reporter in Turkey's province of Kilis just across from Azaz, tanks, air defense systems, armored combat vehicles and military personnel from nearby Gaziantep province have been dispatched to the Syrian border.

Troops from the 5th Armored Brigade Command assigned to the border running along Gaziantep and Kilis will keep watch over a 190-kilometer (118 mile) frontier area.

Extra military vehicles and personnel sent to boost existing forces have been deployed around Dağ and Çobanbey border posts in the Elbeyli district of Kilis.

Domestically produced Fırtına howitzers which can fire up to a range of 40 km have also been deployed just across the Syrian border area under the self-proclaimed Islamic State of Iraq and al-Sham (ISIS) control.

Troops are also conducting identity checks on civilians in the region, keeping the borderline clear.

Meanwhile, ISIS militants controlling Aleppo's Türkmen-populated Çobanbey town and the surrounding area have reportedly withdrawn to a place off the borderline due to the stepped-up military measures on Turkish side of the border.

The extra security and military measures came after the ISIS militants were seen planting landmines along the border near Jarablous district in Aleppo on Tuesday. An Anadolu Agency reporter witnessed two militants standing guard while a third buried the mines.

A group of men were seen digging ditches in the same area Monday.

The last two weeks have seen intensified fighting between ISIS and the opposition Free Syrian Army in Azaz district.

Clashes continue mainly in Hawar Kilis and Baraghedeh villages located 30 km from Azaz; smoke is rising from the area and the sound of gunfire is being heard from inside Turkey.