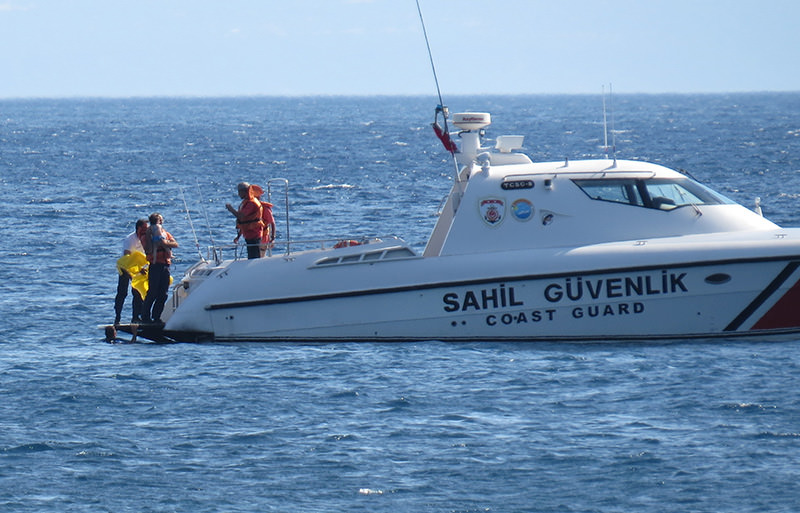 | AA Photo
by Daily Sabah Jul 03, 2015 12:00 am
A 10-month old baby who drifted 1 km off into open waters due to the strong north-easter as well as the family's inattentiveness, has been saved by the coast guard boats.

The incident occurred on Friday in the western Turkish province of Çanakkale.

The Ilgın family had placed their baby, Melda, in the sea with her life buoy, but in a short period of time, with the strong affect of the wind as well as the family's negligence for a while, the baby had drifted far off the coast.

When the family and nearby citizens could not save the baby, the incident was reported to the coast guard command, upon which a boat was dispatched to the area. The baby, who was already drifting in the direction of the Greek island of Lesbos, was then saved.

The coast guard team was applauded by the citizens watching the incident in shock. 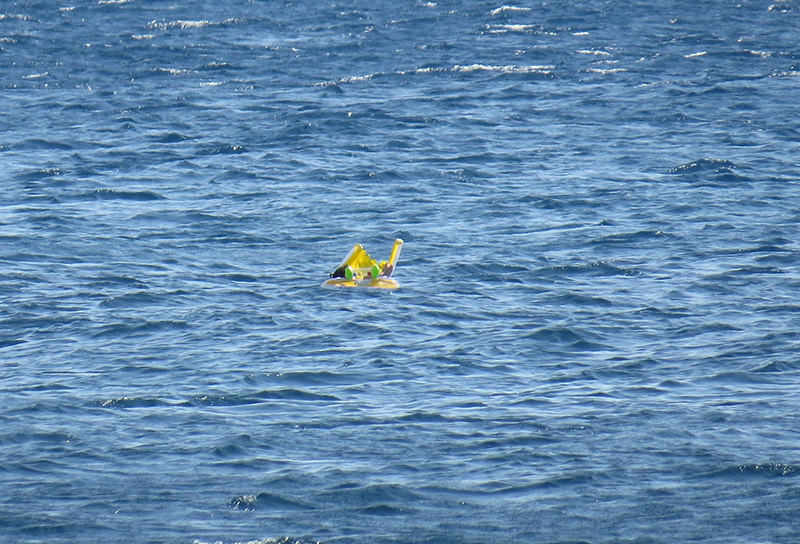 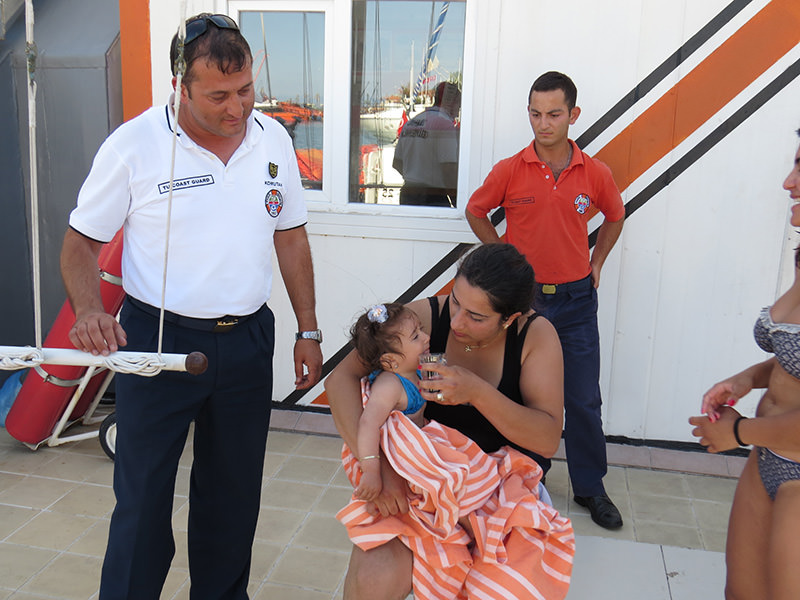