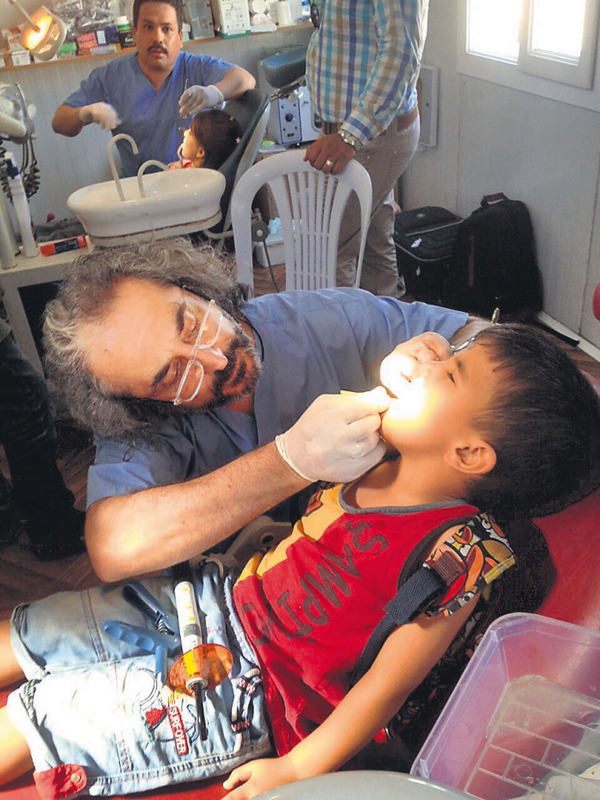 by Jul 06, 2015 12:00 am
A group of Turkish dentists wrapped up a project initiated by Deah Barakat, a Muslim American student who was murdered in February in North Carolina.

Deah Barakat, 23, was a second-year student at the University of North Carolina's dentistry school. He had launched the "Refugee Smiles" project last summer to help Syrian refugee children in Turkey and before his murder, managed to raise about $15,000 for his cause. The project was aiming to improve the dental health of Syrian children staying in refugee camps in Turkey.

Muzaffer Erdoğral, director of the Association of Idealist Dentists, said their NGO, in cooperation with another NGO, has set up a dental health center in Reyhanlı, Hatay, a town on the Turkish-Syrian border heavily populated by displaced Syrians and has delivered toothbrushes to children. Dentists continue examining children and some 15,000 Syrian children in Istanbul will be educated on dental hygiene. Some 70,000 Syrian children staying in camps will also be educated on the matter and will undergo dental checks.

Barakat's goal was to collect $20,000 and to travel to Turkey with fellow dentistry students to help disadvantaged Syrians. He had asked for contributions, including medical materials as well as toothbrushes and toothpaste to be delivered to children in need of urgent dental care. Three days after his murder, donations to his project jumped to $300,000 and surpassed $510,000 in the following days.
Last Update: Jul 06, 2015 9:54 pm
RELATED TOPICS