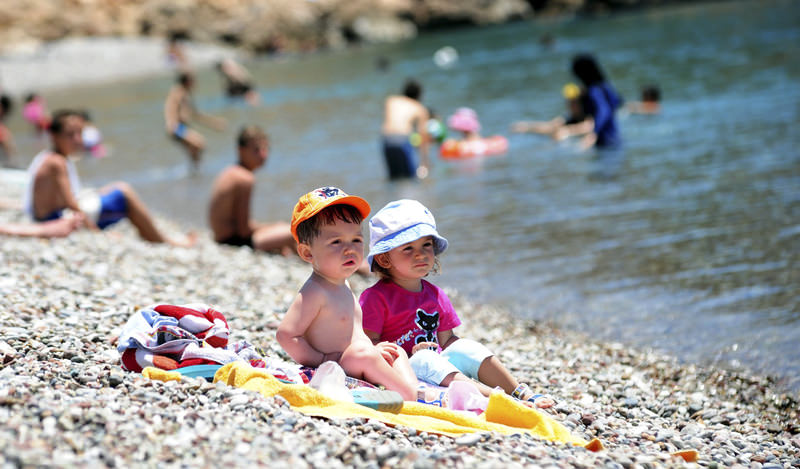 by Daily Sabah Jul 06, 2015 12:00 am
Experts warn a heat wave starting today will scorch the western areas of the country. Meteorologists estimate that relatively cool weather in the Marmara region in the west will be replaced with a suffocating heat wave, with temperatures reaching up to 32 degrees in the region that houses Istanbul, the country's most populated city.

The World Meteorology Organization (WMO) had already warned of the approach of a new heat wave moving to Europe's east from its west, which has been battered with rising temperatures last week and this week. Temperatures in Europe, especially in Germany, have been above seasonal normals. Germany has broken the national record for the highest recorded temperature over the weekend with a temperature of 40.3 degrees.

The weather forecast for Istanbul is partly cloudy with 30 degrees maximum for today. Edirne, the northwesternmost province located to the west of Istanbul, will see temperatures rising to 34 degrees. Further down the west and southwest, temperatures will reach up to 38 degrees in Aydın and will fluctuate to around 33 degrees for the rest of the region known for its popular summer resorts. Temperatures will not decline below 30 degrees until the weekend.

The country's eastern and southeastern region will see far higher temperatures. Though most temperatures are quite normal due to the drier climate of this region, the public was warned about temperatures, which will reach up to 42 degrees, especially in Diyarbakır and Batman, throughout the week.

Northern regions will see temperatures of around 25 degrees with occasional rainfall throughout the week.