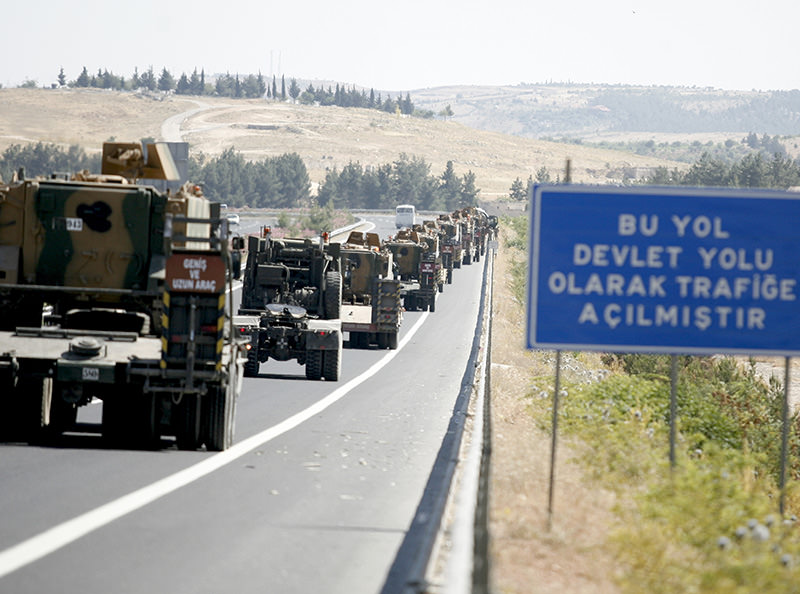 | AA Photo
by Jul 07, 2015 12:00 am
Turkish army said on Tuesday it had detained almost 800 people trying to cross illegally from Syria, including three suspected ISIS militants, after bolstering security in border areas near where the militants hold ground.

The military said 768 people had been detained on Monday alone while trying to cross the border. The three suspected ISIS members were sent to jail in the southern city of Şanlıurfa after being detained separately on July 2, it said.

Wary of advances by both Syrian Kurdish forces and ISIS in northern Syria, Turkey has sent extra troops and equipment to strengthen parts of its 900 km (560-mile) border as the risk of spillover rises.

Turkey has maintained an open border policy throughout Syria's conflict, absorbing close to two million refugees, but requires legitimate refugees to pass through checkpoints and be documented. The military did not say why the 768 people had been detained.

Ankara has mooted the creation of a 'secure zone' on Syrian soil to prevent a new wave of refugees crossing the border, a strategy which would be likely to require a military incursion, but has made clear it will not act alone and has been lobbying for support from the U.S.-led coalition against ISIS.

Prime Minister Ahmet Davutoğlu said on Friday there were no immediate plans for any incursion into Syria, but said Turkey would respond if its security were threatened.