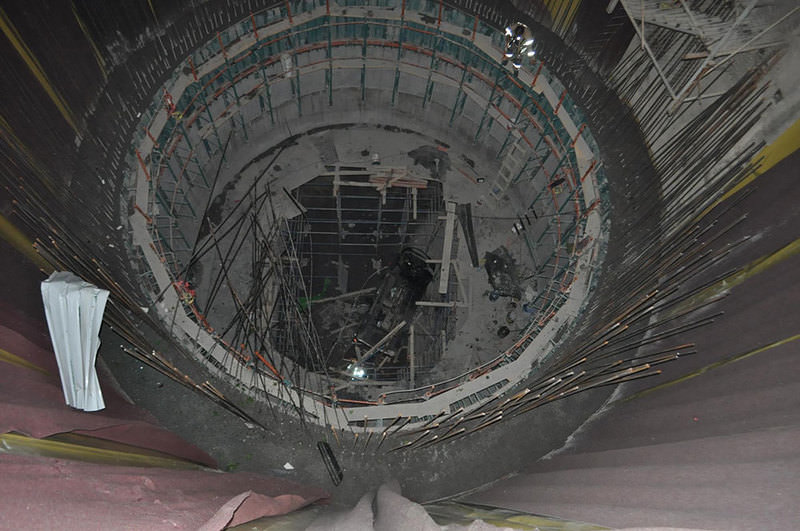 by Daily Sabah with DHA Jul 11, 2015 12:00 am
A driver did not take major wounds as he lost control of his vehicle and fell to a 40 meter subway construction pit in Turkey's western province of Izmir on early Saturday.

Yaşar Talay lost control of his vehicle around 02:00 a.m. in Balçova district. After colliding with another vehicle heading to the same direction, Talay's car surpassed the barriers and fell into the 40 meter-deep construction pit of Fahrettin Altay subway station.

As the car turned into a scrap, Talay survived the incident and climbed out of the pit with his own efforts. Talay was later transferred to the hospital and his health condition was reported fine.

The driver of the car with which Talay collided also survived the incident without injuries.