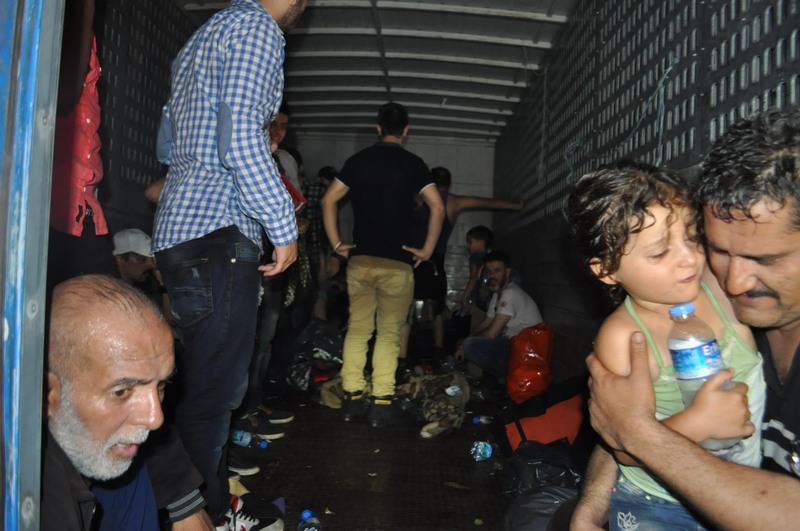 by Daily Sabah Jul 11, 2015 12:00 am
Turkish police have rescued 60 illegal migrants of Palestinian and Syrian backgrounds from suffocating inside the back of a cargo truck in Turkey's southwestern Izmir province on late Friday.

The police have searched a truck around midnight after hearing cries for help from the back of the vehicle. Inside they have found 60 migrants, including 20 children who were about to suffocate to death due to lack of insufficient air flow. The migrants said that they were trying to reach Turkish coastal town Çeşme, a transit point for illegal migrants trying to reach Europe.

Police said an investigation have been launched into the incident and the immigrants have been sent to the foreigners unit of the police department for deportation procedures.

İzmir, with its location on the coast of Aegean Sea, has recently become the destination of displaced Syrians looking to reach Greece, and is the gateway to European countries where they hope to pursue a better life.