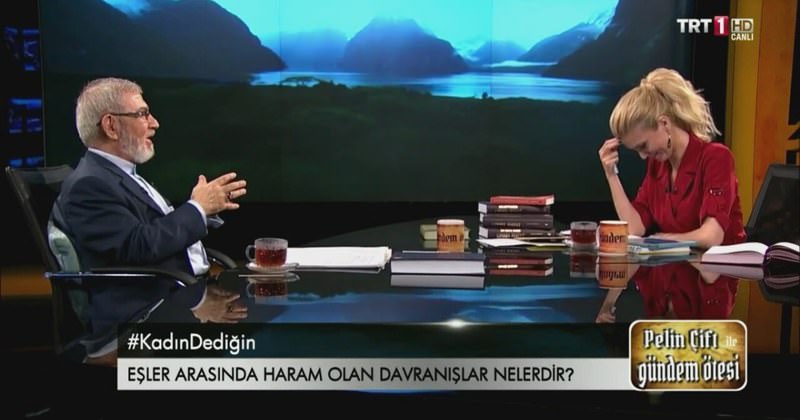 
A star Turkish television host's interview with a theologian stirred social media on Saturday after the presenter collapsed into laughter when the guest, a prominent Muslim scholar, explained how "advanced" oral sex was proscribed under Islam.

Confrontation with sexual references during a talk with a theologian pushed the presenter's limits, as Demircan said: "Pelin, sister, you had been talking so comfortably. But now you can't even ask a question!"

At some point the presenter was unable to speak from laughing. The TV host seemed shocked at the outspokenness of the Muslim scholar.

Demircan said that Muslims should speak the truth even when it is disturbing, according to Islam.

Ali Rıza Demircan is a hugely prominent theologian in Turkey and also the father of the mayor of Istanbul's Beyoğlu district Ahmet Misbah Demircan.