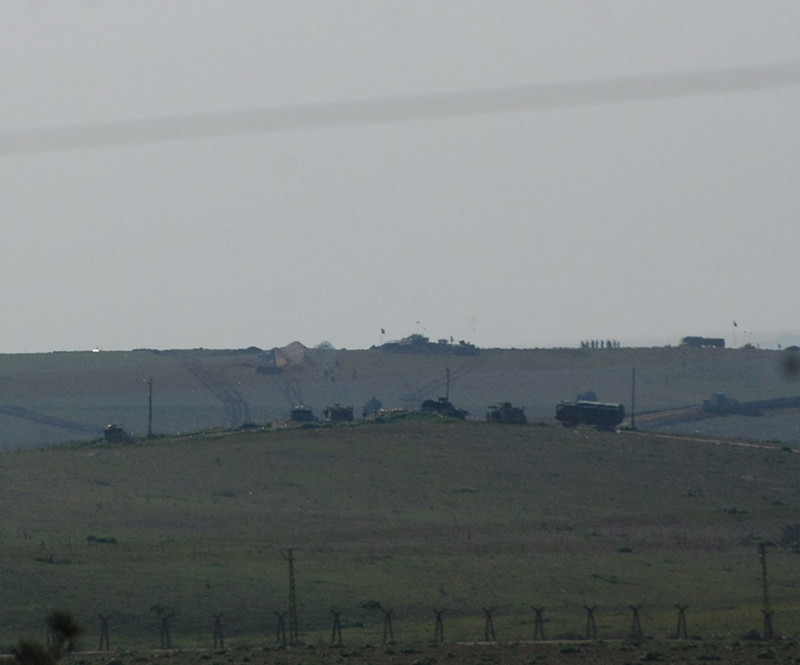 by Daily Sabah Jul 15, 2015 12:00 am
Four people on the Syrian side of the Turkey-Syria border have opened fire on military-vehicles situated in Turkey on Tuesday night at around 10:40 p.m., Turkish military said on its website, in a statement released on Wednesday.

The suspects fired 30 times with infantry rifles at a mine protected vehicle, and 60 times at tactical wheeled armored vehicle, the statement read. The incident happened as the vehicle was conducting patrol activity in the region, according to the Turkish military's statement.

Turkish soldiers stated that after the gunfire the four people ran off in the direction of Syrian land.