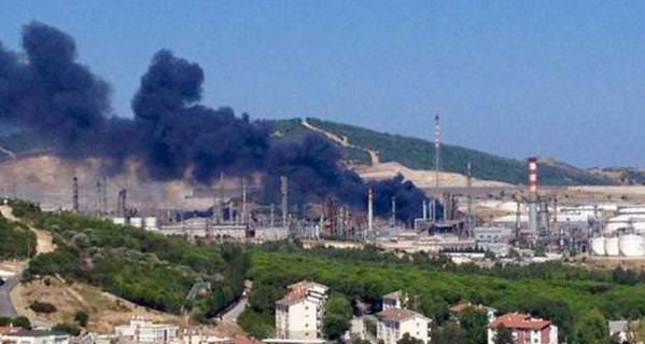 Fire crews of Tüpraş and nearby Petkim (Turkey's leading petrochemical company) refineries, as well as Aliağa district and Izmir Metropolitan Municipality fire units arrived at the scene to extinguish the fire.

Aliağa District Governor Bayram Yılmaz told Anadolu Agency that the fire was brought under control around mid-Friday, after roughly an hour of extinguishing efforts.

Yılmaz said that the fire resulted from a fault in electric cable near the tank.