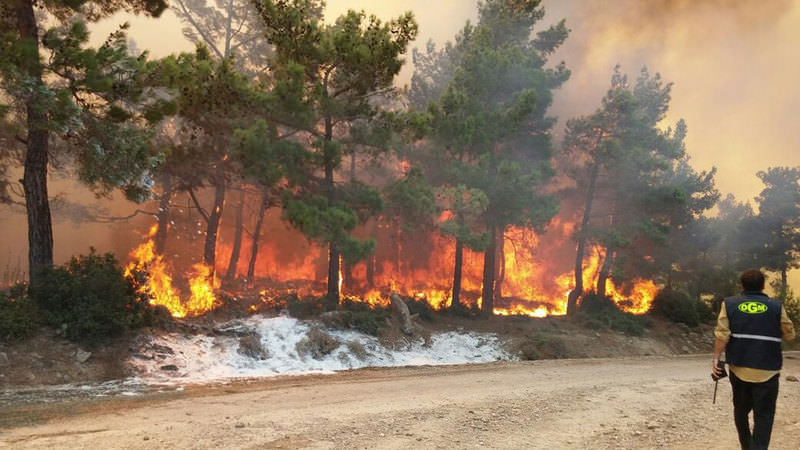 by Anadolu Agency Jul 19, 2015 12:00 am
A fire in the southern province of Mersin over the weekend has destroyed 20 hectares of forest and caused the evacuation of a village.

The cause of the fire in the Gülnar region of the province is yet unknown. Five helicopters, one plane, 40 fire trucks with 400 firemen were sent to the region, but authorities said their efforts to get the fire under control had failed.

Mersin Forestry Department official Abit Baca said the fire is believed to have started in a garden and had spread to the forest. He said additional support was sent from the headquarters in Ankara. The fire was expanding toward the West he said, adding that the fire posed no risk to the surrounding communities. Baca also said strong winds had caused the fire to spread but they believed the fire would be under control by late yesterday.

Meanwhile, a warning from Turkish State Meteorological Service said that temperatures are expected to rise next week accompanied by low humidity, setting the perfect environment for forest fires.