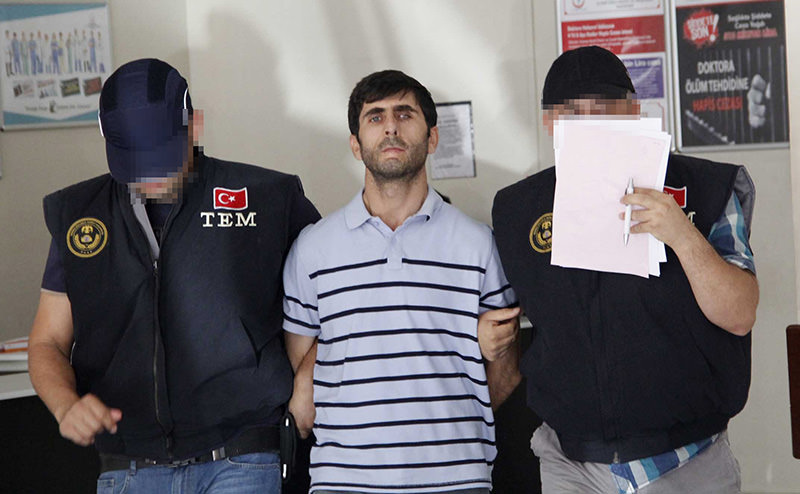 by Daily Sabah Jul 25, 2015 12:00 am
An alleged leader of PKK's south-eastern youth branch in Turkey was detained on Saturday.

Upon receiving intelligence that Ferit Yıldız, the alleged youth leader was on his way from Turkey's southeastern province of Şanlıurfa to the province of Gaziantep, which is a distance of 140 km, the police took precautions to catch him.

Upon his arrival, Yıldız was arrested by police officers at the bus terminal in Gaziantep.

Several documents, reports about PKK members and a large amount of money was found on Yıldız.