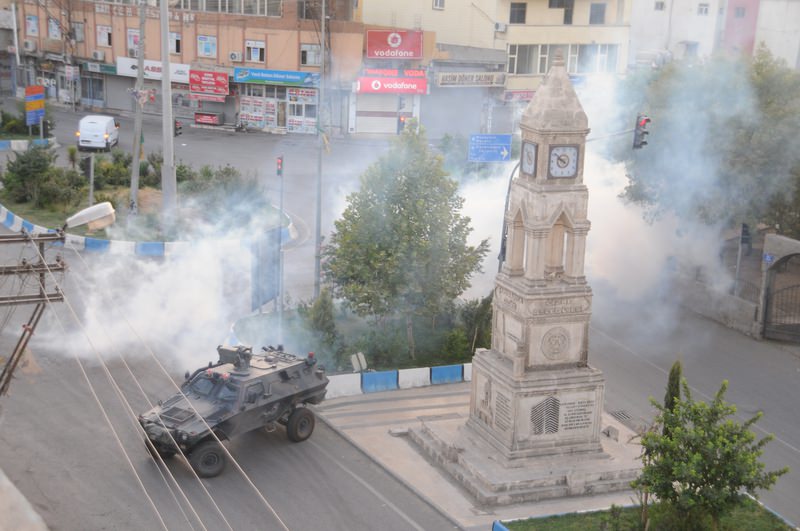 by Daily Sabah Aug 08, 2015 12:00 am
A Turkish police officer died and 3 others got injured in another late night PKK attack with rocket launchers in the district of Cizre in the southeastern province Şırnak on Friday.

According to the obtained information, the group of terrorists staged an unauthorized demonstration in Nur and Cudi neighborhoods and Turkish police intervened with tear gas. A clash broke out between Turkish security forces and the terrorist group after the terrorists opened fire.

In the meantime, the armored police vehicle used to restrain the group was hit with rocket launchers, killing Salih Hüseyin Parça, a 22-year-old police officer.

3 other officers were harmed in the attack due to the air pressure inside the vehicle and were taken Cizre State Hospital.

Large-scale operations have been launched to capture the terrorists.