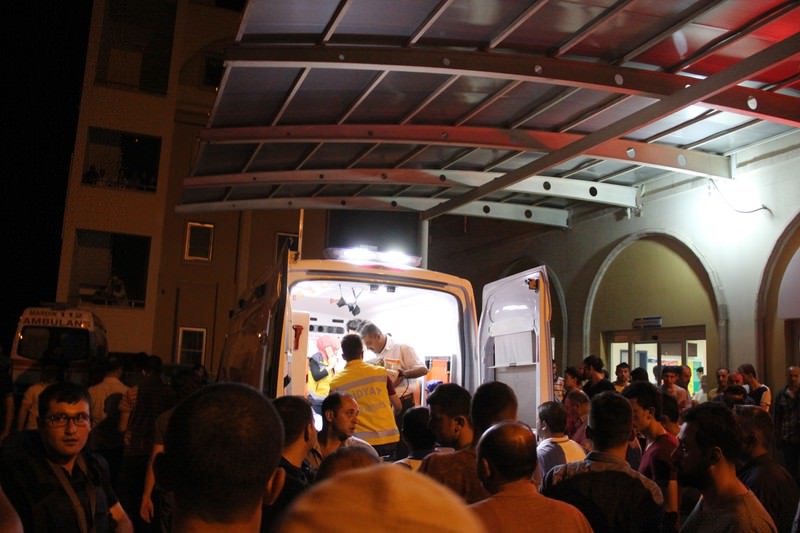 by Daily Sabah Aug 08, 2015 12:00 am
One police officer died and another was severely injured in a late night attack on Turkish undercover police vehicle in the Midyat district of the southeastern Mardin province on Saturday.

The violent attack took place at Cumhuriyet Boulevard in Midyat at around 9:30 p.m. when a Turkish police patrol squad car got suspicious of a vehicle in traffic. As the suspicious car slowed down, the undercover police vehicle was raked by long-barrelled guns and the attackers heavily injured two officers.

The officers were taken to Midyat State Hospital by ambulance. One of the police officers who was later identified as Abdullah Ümit lost his life, while the other officer Cumhur Ersöz still remains in critical condition. Ersöz was later transferred to Diyarbakır by helicopter.

It was learned that Ümit had become a father just 20 days ago.

The police have launched an investigation to find the attackers and their unidentified vehicle.

The connection between the attack and terrorism is still being investigated.