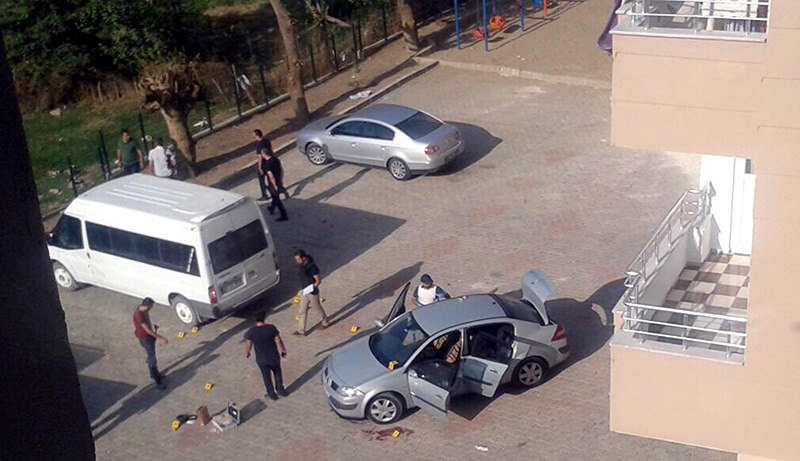 The Turkish General Staff said in a statement that the pair – who were assigned to the Silvan Gendarmerie Command – were caught in a crossfire while driving a private vehicle.

The soldiers, who were seriously wounded, were taken by ambulance to Silvan State Hospital where they later died as a result of their injuries. The search to catch the attackers has begun.

The attack comes on the heels of another assault that martyred a gendarme in Silvan last week. Sgt. Mehmet Ali Sarak, 25, was gunned down while heading to his post on Sept. 23.

Renewed violence in Turkey has come in the wake of the July 20 Suruç massacre, blamed on ISIS. The subsequent PKK-linked murder of two Turkish police officers at their home sparked a new wave of conflict.

The fighting has seen the collapse of a fragile cease-fire which began early in 2013 and is commonly referred to as the reconciliation process.

Turkish security forces have arrested hundreds of people with suspected links to ISIS, the PKK and leftist groups, detaining over 1,300 people across the country, according to a recent statement released by the Prime Minister's Office.

The Turkish Air Force has been carrying out airstrikes against the PKK in northern Iraq and ISIS terrorists in northern Syria.

Founded in 1978, the PKK is considered a terrorist organization by Turkey, the EU and the U.S.