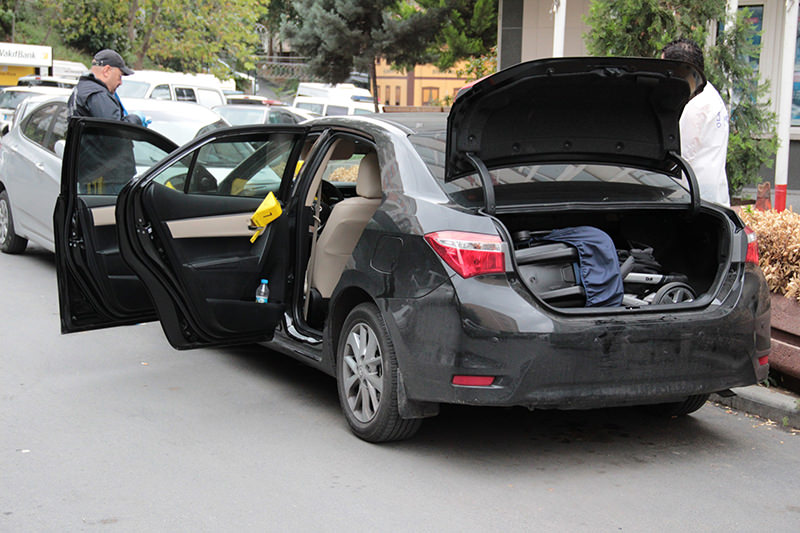 | IHA Photo
by Anadolu Agency Oct 01, 2015 12:00 am
Police on Thursday detained a fourth person suspected of involvement in an attack on a famous Turkish journalist and television presenter outside his Istanbul home.

Ahmet Hakan, a columnist for the Hürriyet daily newspaper and host of a TV show for the CNN Turk network, suffered a broken nose and ribs, according to media and hospital sources.

Kemal Kılıçdaroğlu, the leader of the Republican People's Party (CHP), spoke out on the attack ahead of his departure from Istanbul for France.

"It is our biggest desire that the government should take careful and coherent steps about these attacks aimed at the media," said Kılıçdaroğlu.

The CHP leader said he had phoned the injured journalist in the early morning, adding: "I hope the security forces will do their part to find the perpetrators of this incident."

Earlier, three other people suspected of involvement in the attack were arrested, but no further information has been provided by the police.

Hakan-despite being accompanied by a bodyguard-was assaulted shortly after midnight local time by four attackers as he was about to enter his residence in the Nişantaşı quarter of Şişli district, Hürriyet said.

After presenting his late-night show, Tarafsız Bölge, Hakan left work in a private vehicle along with his driver and bodyguard, Hürriyet reported.

The bodyguard was held off by one of the assailants as the other three converged on Hakan, beating him before driving away, it added.

Hakan was later discharged from hospital after receiving treatment.

CNN Turk is owned by the Doğan Media Group, which also runs many nationwide TV channels and newspapers, including Hürriyet, whose premises were the target of two attacks in early September.