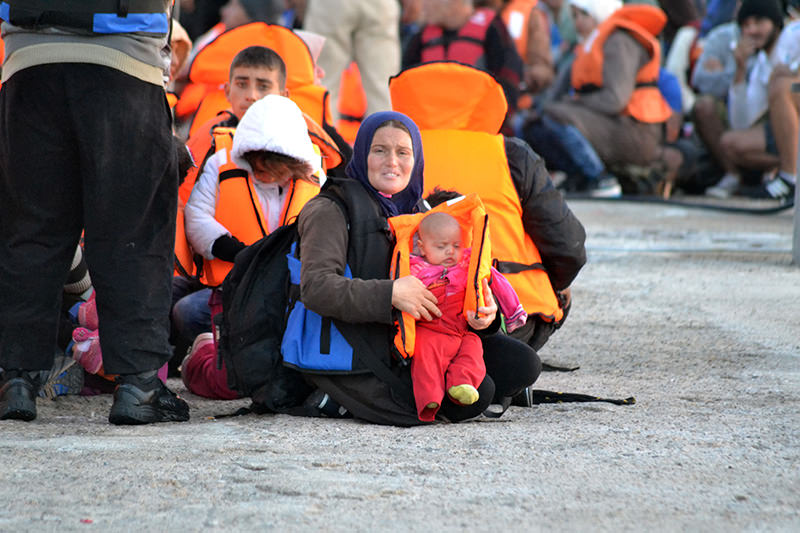 |AA Photo
by Anadolu Agency
Oct 03, 2015 12:00 am
Turkish coast guards have rescued a total of 412 refugees off the country's western and southern shores during the teams' search-and-rescue operations on Friday.

A statement issued Saturday on the official website of the Turkish General Staff detailed Friday's search-and-rescue efforts carried out by coast guard squads.

The teams arrived at the scene to rescue a group of 321 refugees along with two other Turkish nationals in four separate search-and-rescue operations.

In another incident, a refugee was rescued off Akyarlar Cape in the southwestern resort district Bodrum of Muğla province.

Meanwhile in Turkey's southern coast, coast guard teams saved 50 refugees sailing in a dinghy off Kaş district in Antalya province, including five others who were swimming towards Greek island of Meis.

According to latest data released by western Izmir Governor's Office on Monday, nearly 55,000 refugees have been rescued from Aegean waters while 116 bodies have been found and 69 human traffickers arrested since January 1 this year.

On September 2 a dozen Syrian refugees, including eight children, drowned after their boat sank en route to Greece.

The image of three-year-old Syrian toddler Aylan Kurdi, whose lifeless body washed up on a Turkish beach in Bodrum, caused worldwide shock at the fate of the desperate refugees.
Last Update: Oct 03, 2015 10:27 pm