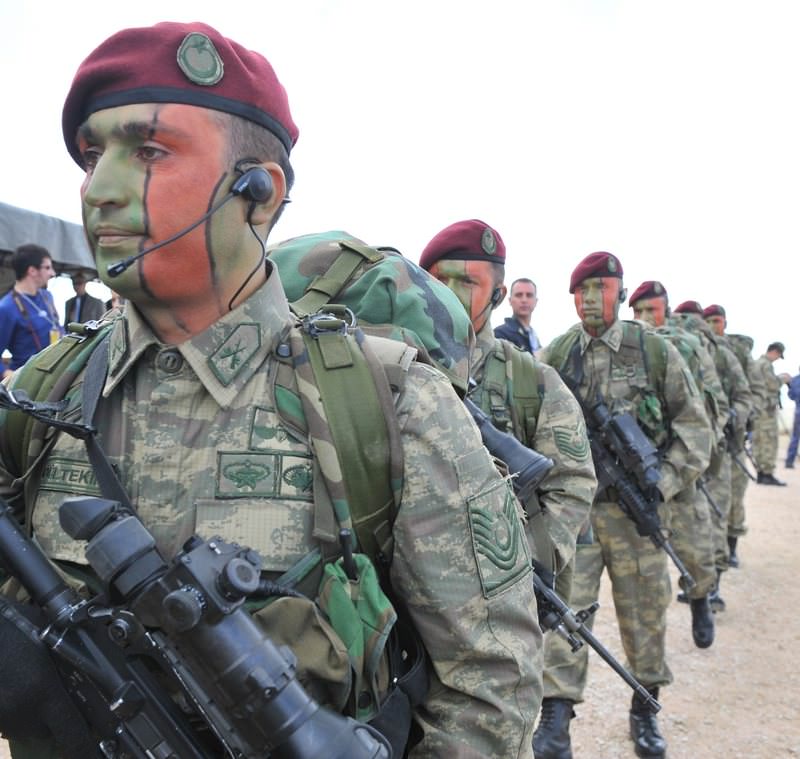 by Daily Sabah with Wires
Oct 04, 2015 12:00 am
Fourteen members of the PKK terrorist organization were killed and three were caught in clashes in Nusaybin in the southeastern Mardin province as the border town remained under curfew, a statement from Mardin's governor office said on Sunday.

Turkish forces carried out air strikes on PKK targets in the province of Hakkari on the border with Syria, the northeastern province of Kars and in northern Iraq, the Anadolu Agency said, citing security sources. The raids on Saturday evening and early Sunday destroyed shelters, camps and caves.

Fighting also continued in Şemdinli district of Hakkari following a simultaneous attack on a number of government and police buildings. Exit and entry into the town is being regulated.

Turkey's crackdown on the PKK began in July after a two-and-a-half year ceasefire collapsed and has escalated ahead of a national election on Nov. 1.

PKK militants have killed more than 120 security personnel and tens of civilians since the terrorist organization recommenced its attacks against Turkey after the June 7 general elections in which the PKK-backed pro-Kurdish Peoples' Democratic Party (HDP) passed the 10-percent electoral threshold.
Last Update: Oct 04, 2015 11:22 pm