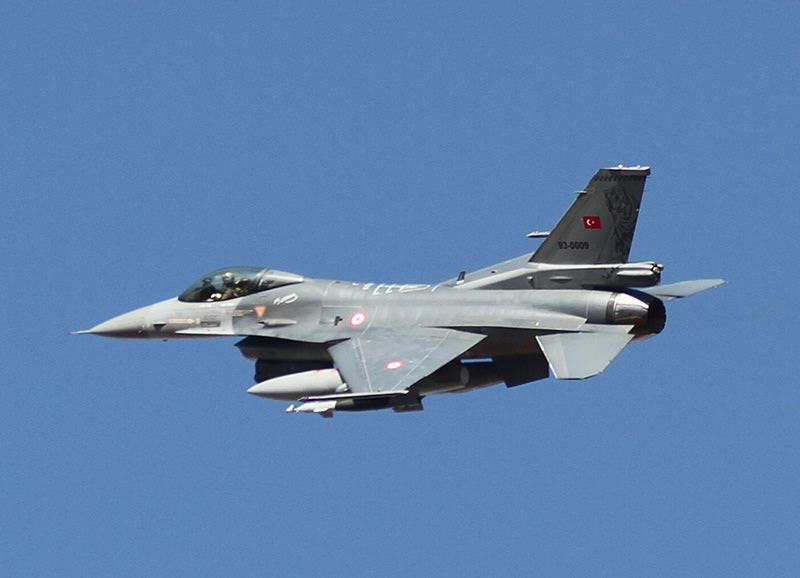 | File photo
by Daily Sabah Oct 04, 2015 12:00 am
The Turkish army has conducted airstrikes against 17 PKK targets in Northern Iraq on Saturday, the General Staff confirmed on its website. The announcement said, shelters belonging to the terrorist organization at 17 points have been destroyed.

According to the statement issued by the Turkish General Staff, nine F-16 fighter jets hit hideouts and underground ammunition depots belonging to the PKK in the mountainous areas of Metina and Qandil as well as in the towns of Sina and Haftanin in northern Iraq.

The Turkish army also said, it conducted both airstrikes and military operations against shelters, caves and weapon pits used by the PKK in the southeast and northeast provinces of Hakkari and Kars, respectively on Saturday and Sunday.