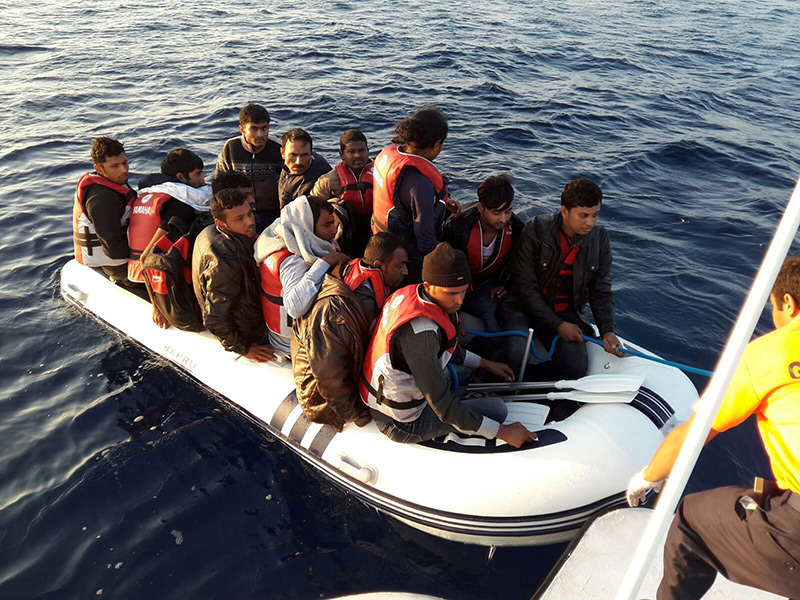 The refugees were collected off the Turkey's western coast of Mugla, Antalya, Izmir and Canakkale provinces on Monday, the Turkish General Staff said in a series of statements on its website.

The provinces, which face Greek islands in the Aegean and Mediterranean seas, are prime points for refugees leaving Turkey for the EU.

According to latest data released by western Izmir Governor's Office on last week, nearly 55,000 refugees have been rescued from Aegean waters while 116 bodies have been found and 69 human traffickers arrested since January 1 this year.

On September 2 a dozen Syrian refugees, including eight children, drowned after their boat sank en route to Greece.

The image of three-year-old Syrian toddler Aylan Kurdi, whose lifeless body washed up on a Turkish beach in Bodrum, caused worldwide shock at the fate of the desperate refugees.
Last Update: Oct 06, 2015 5:58 pm
RELATED TOPICS