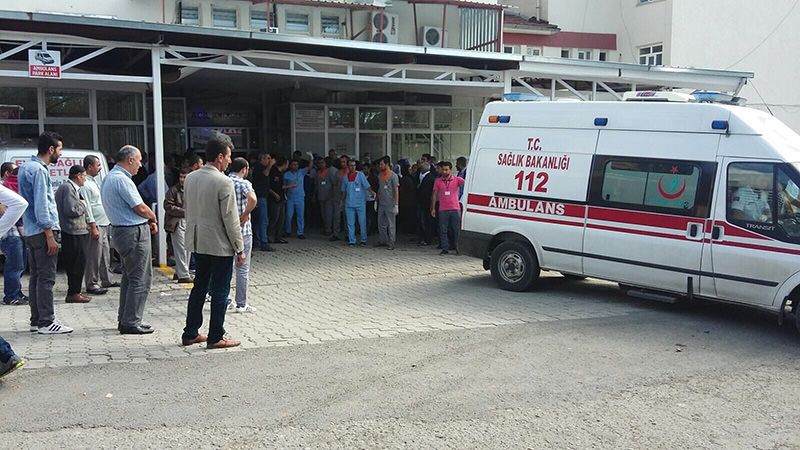 by Daily Sabah Oct 08, 2015 12:00 am
A 9-year-old boy was killed and three children, whose ages ranged from six to ten, were injured on Thursday in the southeastern district of Silvan in Diyarbakır as a mortar left by PKK terrorists exploded.

Hasan Yılmaz and others had found the mortar on the street near a primary school in district's Tekel Neighborhood. He was playing with it when the bomb detonated. Yılmaz was hospitalized but succumbed to his wounds.

PKK terrorists are known to have dug out ditches in the district's Tekel Neigborhood to shut down the streets in attempts to stop vehicles from entering the neighborhood.

The Diyarbakır Governorate has released a statement on Thursday in which they said: "Security forces do not use launchers during their interference in the incidents, [so] it is evaluated that the aforementioned children blew up the munition used by the subversive organization [PKK]."

Silvan was the scene of a four-day curfew that was lifted on Oct. 5 after security forces launched a crackdown against the terrorist organization that renewed its campaign of violence in July. The district was under virtual lockdown with security forces fighting terrorists hiding out in Silvan and blocking the streets with booby traps.