US proclaims ‘strong solidarity’ with Turkey against terror, condemns terror attack in Ankara 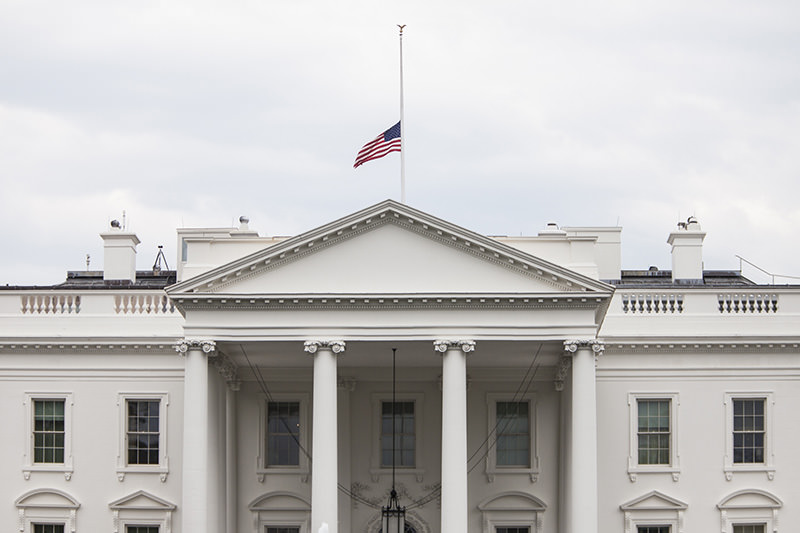 by daily sabah
Oct 10, 2015 12:00 am
The United States condemned the horrific terror attack in 'strongest terms' which killed dozens in the capital city of Ankara early Saturday, expressing solidarity with Turkey in the statement released by National Security Council spokesman Ned Price.

Offering condolences to the families and loved ones of those who lost their lives in the 'senseless violence', the statement reminded that "shared security challenges in the region" need to be confronted immediately.

Deploring the attack which occurred right before the planned 'peace and democracy' rally, the statement said that this fact only highlighted the "depravity of those behind it".

The statement emphasized that Turkey is not alone in facing and fighting against the 'scourge of terrorism', while adding that such violent attacks will 'only strengthen' the cooperation and resolution for peace.

The U.S. President Barack Obama offered his condolences to President Recep Tayyip Erdoğan over a phone conversation where he also condemned the terror attack and saying, "As the United States we stand by Turkey in the fight against terrorism." The two leaders will also have a more detailed phone conversation about the attack tomorrow.

Meanwhile, in another statement, The U.S. State Department Spokesman John Kirby also condemned the attack saying, "The United States strongly condemns today's heinous terrorist attack in Ankara, Turkey, perpetrated against peaceful demonstrators. We extend our condolences to the Turkish people and especially to the families of the victims."

"In light of the ongoing violence in Turkey and the region, it is particularly important at this time that all Turkish citizens recommit to peace and stand together against terror. We stand together in solidarity with the Turkish people and reaffirm our determination to continue to work with Turkey to combat the shared threat of terrorism," spokesman Kirby added.

Many other international organizations and allies have also expressed their solidarity wishes with Turkey.

"There can be no justification for such a horrendous attack on people marching for peace," NATO Secretary General Jens Stoltenberg said in condemnation of the attack on NATO member Turkey.

"All NATO allies stand united in the fight against the scourge of terrorism," Stoltenberg said.

The U.S. Embassy in Ankara also relased a message regarding the deadly attacks in Ankara. It said on its Twitter account: We strongly condemn the latest attack in Ankara. We all have to stand against terror in unity."

In the 'heinous attack' early Saturday 86 people were killed and 186 were injured by two explosions near Ankara's main train station, where the Confederation of Public Sector Trades' Unions (KESK) and other labor unions were planning to hold a "Labor, peace, democracy" rally at Sıhhiye Square to call for an end to the renewed conflict between the terrorist organization PKK and the Turkish state.

Turkish government officials said the blast outside the main train station in the capital Ankara on Saturday was a "terrorist attack" but no group has yet claimed responsibility for it. However, Davutoğlu stated that ISIS, PKK and DHKP-C terrorist organizations are among the potential suspects