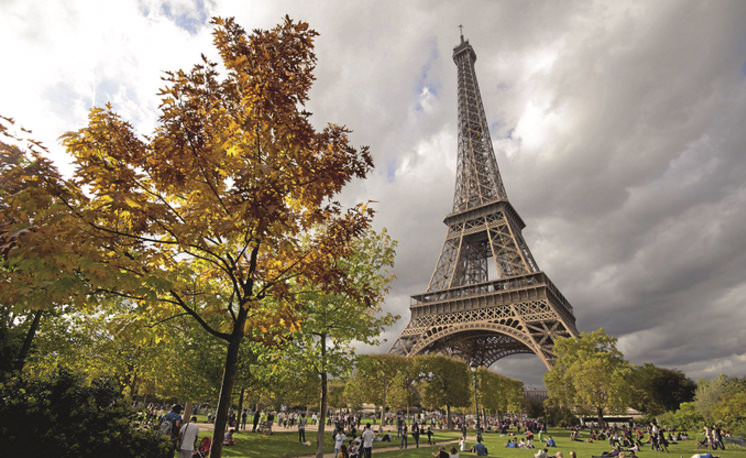 The Eiffel Tower welcomes fall, November 2014. (AFP Photo)
by Daily Sabah Oct 14, 2015 12:00 am
Turkish citizens travelling to France will soon be able to get their short-stay visas within 48 hours of their application, according to a statement released following the French Council of Ministers meeting on Wednesday.

Turkish citizens' short-stay visas for France will be completed within 48 hours, and will be valid for business and tourist visas, said the statement.

France's "express visa" regulation will come into effect by the end of this year, and will also apply to the citizens of Indonesia and Singapore, the statement added.

France issued an "express visa" for the first time in 2014 to Chinese visitors, to celebrate the 50th anniversary of the start of diplomatic relations between China and France.

Istanbul's Consul General of France Muriel Domenach, in a speech back in April this year, announced that the French government would also drastically ease visa procedures and lessen visa requirements for Turkey.

Turkish citizens currently have visa-free or visa on arrival access to 102 countries and territories in the world, ranking* the Turkish passport 49th in the world, tied with Russia.