Turkey will not tolerate terror from Syria, Iraq 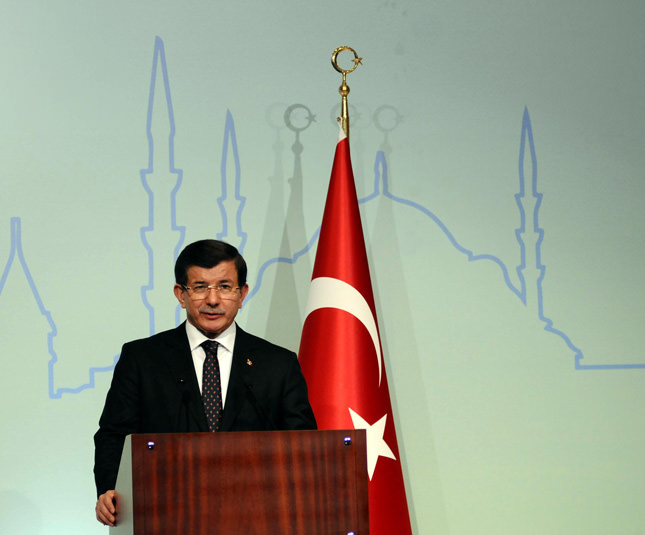 by Daily Sabah with Agencies
Oct 14, 2015 12:00 am
"We will not tolerate that terror from Syria and Iraq, nor that weapons stockpiled there, reach Turkey," Turkish Prime Minister Ahmet Davutoğlu said Wednesday.

"Turkey will not accept any cooperation with terror groups fighting against Turkey. We have shared this with U.S. and Russia," he said at a joint press conference with his Bulgarian counterpart Boyko Borisov in Istanbul.

The U.S. media reported that Washington airdropped 50 tons of small arms ammunition and grenades in northern Syria on Sunday after effectively ending the failing train-and-equip program, which was supposed to train moderate opposition forces to take on Bashar al-Assad's troops.

"No one can guarantee that arms sent to PYD today will not later be used by the PKK," added Davutoğlu. "Turkey will not tolerate arms aid to groups linked to the PKK."

The Turkish army began air-and-ground operations against the PKK terror organization in July both inside Turkey and in northern Iraq, as the PKK renewed its armed campaign against the Turkish state following a two-and-a-half year lull in the fighting.

"We are working on (investigating) two terrorist organisations, ISIS and PKK, because we have certain evidence regarding the suicide bombers having links with ISIS, but also some linkages with PKK groups," Davutoğlu said in an interview in Istanbul.

"Some suspects were in Syria for many months."

Davutoğlu said an investigation was underway into whether there had been intelligence and security failures in the run-up to last Saturday's double suicide bombing in the heart of the capital, the worst attack of its kind on Turkish soil.

He said Turkey had intelligence that militants from the PKK and DHKP-C, which claimed an attack on the U.S. consulate in Istanbul in August, had been trained as suicide bombers in northern Iraq and sent to Turkey.

Davutoğlu also said Turkey had the right to defend itself against growing risks emanating from Syria after Russia's military intervention.

The blasts have shaken Turkey as the country faces a general election re-run on Nov. 1, counter-terrorism operations in the southeast and an ongoing civil war on its southern border in Syria.
Last Update: Oct 14, 2015 5:11 pm