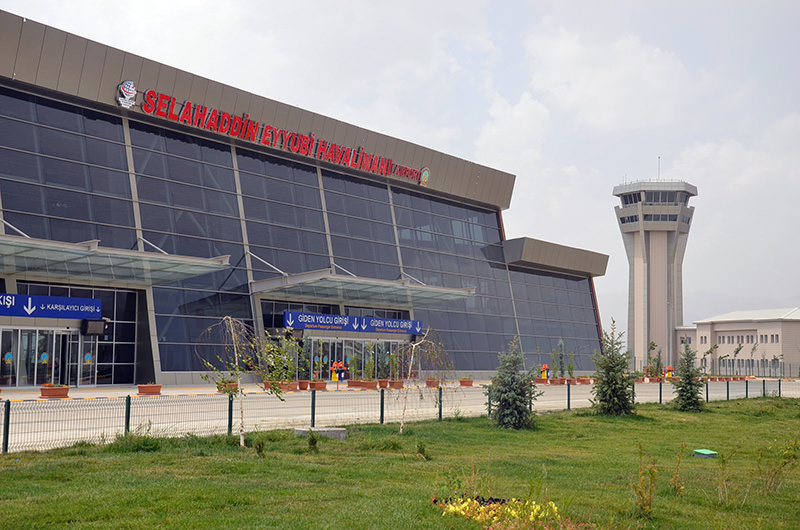 |AA Photo (File)
by Daily Sabah Oct 17, 2015 12:00 am
PKK terrorists have attacked the Selahaddin Eyyubi Airport on Sunday, which hasn't been operating since August due to terror attacks in Turkey's south-eastern Hakkari province.

The terrorists have aimed at the terminal building of the airport with automatic rifles. After airport police officers retaliated the attack, the terrorists escaped from the scene.

Security forces are searching the area for the escaped terrorists.

The Selahaddin Eyyubi Airport, one of the major investments in the area, was built for $102 million in five years, in spite of PKK's struggle to hinder the construction. During the construction of the airport, Terrorists had taken construction workers hostage and set construction machines on fire.

The airport was opened in May 26, with an opening ceremony which was attended by President Recep Tayyip Erdoğan and Prime Minister Ahmet Davutoğlu.
Last Update: Oct 17, 2015 10:37 am
RELATED TOPICS