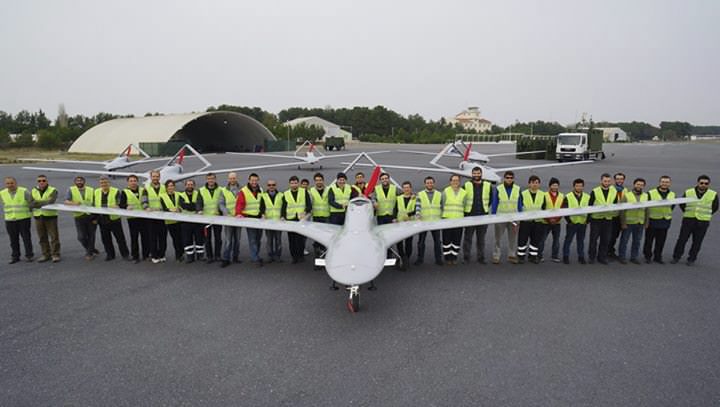 The SSM said that an agreement with Baykar group was signed on October 15 on the purchase of Bayraktar tactical UAV systems for Turkish police.

The UAVs, designed by Kale/Baykar groups, can provide instant intelligence sharing by conveying images scanned on a ground of 150 kilometers to the ground station. They also have the capability of autonomous taxis, taking off, cruising, landing and parking along with many unique advanced features and functions.

The Bayraktar Tactical UAS hold the altitude record of Turkish Aviation as well. The system achieved 27,030 feet during a 6.5 hour flight test held on June 14, 2014 with full payload weight. With these two records, Bayraktar shows a higher performance in its class which is close to MALE (Medium Altitude Long Endurance).

The first delivery tests of the UAV by the Turkish army were conducted in November 2014 and six Bayraktar UAVs were delivered to Turkish Land Forces by 2014. A second batch of six Bayraktar TB2 UAVs was handed over to the military in June 2015.

The SSM said in a statement that there will also be a delivery of 100 bomb disposal robots that can be used by security forces across Turkey. The robots' production will be carried out by Aselsan (Turkey's leading defense system producer)