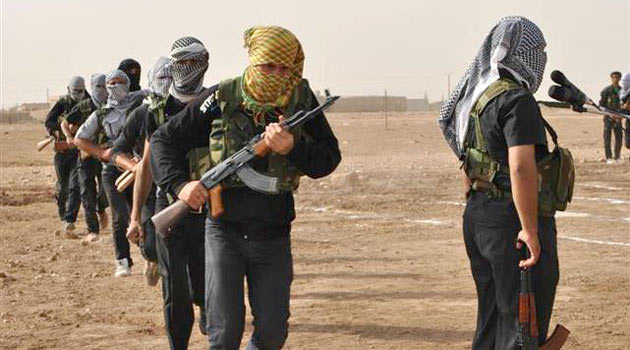 by Anadolu Agency
Oct 20, 2015 12:00 am
The PKK terrorist organization formed the Syria-based Kurdish Democratic Union Party (PYD), the party co-chairman's brother said in an interview with Anadolu Agency in the Turkish province of Gaziantep on Tuesday.

Mustafa Muslim, a 60-year-old academic at Zehra University's theology faculty in the province, is the estranged brother of PYD co-chairman, Salih Muslim.

Turkey considers the PYD a Syrian extension of the terrorist PKK organization.

About the structure of leading Kurdish militant groups, Mustafa Muslim said that the PKK terrorist group held the key to the structure.

"The main structure is PKK in northern Syria. The PYD and YPG are PKK's sub-branches. The PKK established the PYD and YPG [People's Protection Units] is PYD's armed wing," he said.

He said that the PYD represented only 10 percent of Kurds in Syria, adding that there was no democracy in Kurdish regions of the war-torn country.

"The reason behind the PYD's power is their gun. They arrest people who oppose them and don't want different opinions," Muslim said.

He underlined that although there were 15 political parties in northern Syria, PYD was being considered as the only legitimate voice representing Kurds in the international arena. He termed the prospect of a Kurdish state in northern Syria as unlikely "for now".

Speaking about his brother's path towards joining a party said to be linked with the terrorist PKK group, he said that PYD Co-Chairman Salih Muslim in the past came to Istanbul for studies and later went to Saudi Arabia for work.

"He returned to Syria after working in Saudi Arabia for 10 years; [it was then that he] started to work with leftist and nationalists in our country [Syria]," he said.

Mustafa Muslim too lived in Saudi Arabia for several years where he got his education. Later, he was exiled from Rojava in northern Syria by his own brother and now PYD co-chairman, Salih Muslim.

About Turkey's efforts to help hundreds of thousands of Syrian refugees, Muslim praised the Turkish government and recalled how Turkey also helped the people from Kurdish-Syrian town of Kobani, which is now under PYD control.

"If Turkey had not opened its doors, thousands of Kurds would have died of cold and hunger. Turkish government's approach to Kobani people was very honorable. History will record this," he said.

Daesh attacked Kobani in mid-September 2014, with the town turning into a scene of fierce clashes between Kurdish groups and militants. Kobani has been declared free from Daesh but the city was totally destroyed during the war and about 180,000 Syrian Kurdish refugees remain in Turkey.

Recently, small groups of Arab rebels reportedly joined the PYD and formed a coalition under an umbrella group called Syrian Democratic Force. The move came days before a U.S. airdrop in northern Syria. Ryder acknowledged the formation of an umbrella group, but had deflected an Anadolu Agency question about whether the groups that received supplies included the new umbrella organization.

Turkish Prime Minister Ahmet Davutoglu has warned the PYD to not use the weapons reportedly given by the U.S. in Turkey. Davutoglu has said the PYD would be hit like the PKK terrorist group if these weapons ever entered Turkey.

Millions of Syrian refugees have fled their country since war broke out more than four years ago. The UN said in June that the number of forcibly displaced people worldwide has "for the first time in the post-World War II era, exceeded 50 million people".

There are now 2.2 million Syrian and 300,000 Iraqi people in Turkey. Turkey is hosting now 2.5 million refugees in its camps.

Turkey had so far spent $8 billion on refugees, while support from other world countries amounted to only $417 million.