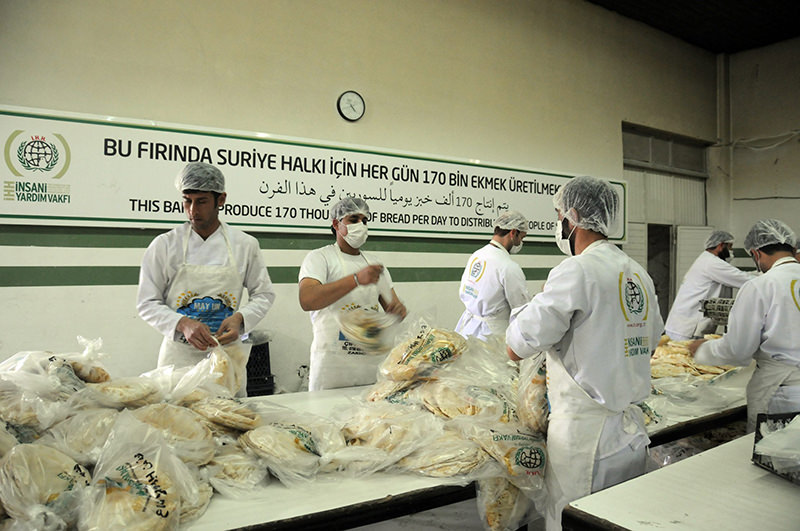 by Anadolu Agency Oct 23, 2015 12:00 am
Turkish aid agency the Humanitarian Relief Foundation (İHH) has launched a campaign for flour donations to boost its bread production in Syria.

The agency needs added stocks of flour to deal with the extra demand for bread over the winter and to bring down spiraling prices.

"We use 20 tonnes of flour a day, which is why we must receive flour donations for the bread we deliver to different regions in Syria," Osman Atalay, a member of the agency's executive board, told Anadolu Agency.

The İHH currently produces around 200,000 loaves a day for Syria.

The campaign - Flour Urgently Needed - was conceived after bread prices in Syria hit 1,300 Syrian pounds a loaf (around $6).

As a basic food, bread is in high demand in Syria - both in refugee camps and towns and villages.

"The flour used for bread largely comes from Turkey as there has been no healthy agriculture and trade in Syria for the last four years," Atalay said.

He added: "Bread consumption increases in winter. We continuously produce bread in our bakery in Kilis [Turkey]. As the weather gets cold these days, we have noticed the need for flour."

Atalay called on companies and other institutions to help make up the shortfall in flour supplies.
Last Update: Oct 23, 2015 2:16 pm
RELATED TOPICS