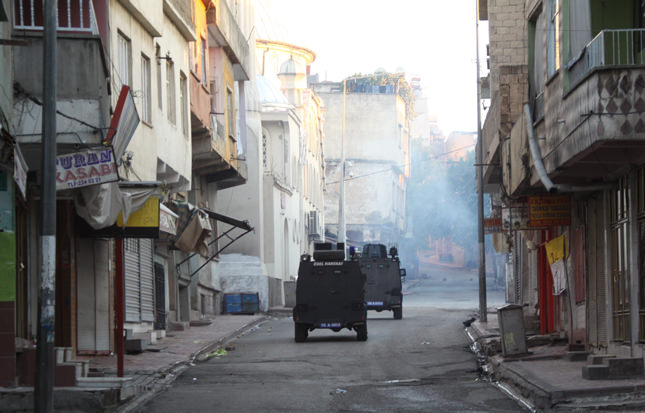 by Daily Sabah with AA Oct 25, 2015 12:00 am
Two PKK terrorists were killed by Turkish security forces Saturday, the military said in a statement. Two others were wounded in a clash in Erzurum province in eastern Turkey. Troops destroyed bunkers and an ammunition cache, the statement added.

Across four southeastern provinces, 32 suspected PKK members were arrested. Turkish forces have been fighting the PKK since a two-and-a-half year cease-fire broke down in late July following the Suruc massacre.

More than 45,000 people have died since the PKK, which is listed as a terrorist organization by Turkey, the U.S. and the EU, launched its armed insurgency against the Turkish state in 1984.