Beware of what toddlers swallow 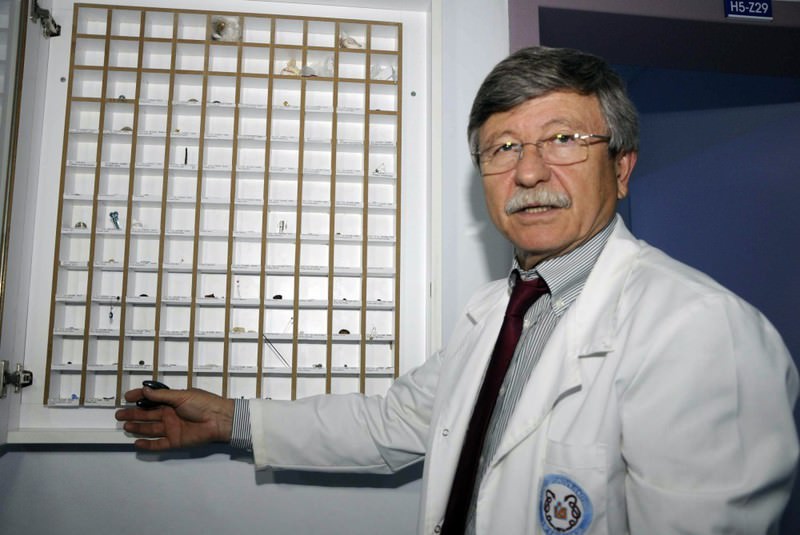 by Ihlas News Agency Oct 26, 2015 12:00 am
Pediatric Surgeon Mustafa Melikoğlu from the Akdeniz University Faculty of Medicine in Antalya has created a chilling exhibition of various things he was forced to surgically remove from toddlers' throats throughout his 36-year career.

Melikoğlu said the display was meant to warn parents of the danger of leaving things next to babies, and stressed that people need to be mindful of the usual household items that could be deadly when stuck in the wind pipe or esophagus. Among the items exhibited are screws, necklaces, batteries, needles, coins and magnets.

He said he spent his career removing various items from babies' throats. "I've been collecting these items since the beginning of my medical career. At first, I had no intention of displaying them. However, the number of cases has been increasing every year, and I wanted to warn parents about the importance of being careful around curious toddlers. We thought parents will also alert those around them to the dangers."

Melikoğlu's focus is on children above the age of 1. "Babies are still at the breastfeeding age at that time. If you pin a charm to the baby's shirt, he or she will turn around and suck on that too. After the age of 1, some parents start feeding babies various nuts. Once it is stuck in the baby's respiratory system, life threatening situations can occur. At that age, curious babies stick everything in their mouths to find out what it is. What we need to do is to ensure they don't have access to such items."

Melikoğlu said he even removed a pencil sharpener once, but one of the most tragic involved a nail. "We lost one child after a nail had become stuck in the left side of his lung," he said.

The anatomy of a child and an adult are different, he warned, adding that once parents realize their child has swallowed something, they needed to contact the closest hospital. "The brain needs oxygen to survive. That's why the first four minutes is crucial. Paint thinners and other clear chemicals pose a different kind of threat. Children think it is water and drink these chemicals. Such liquids cause irreparable damage to children's respiratory system. Such liquids should never be left in places where children have access," Melikoğlu said.
RELATED TOPICS