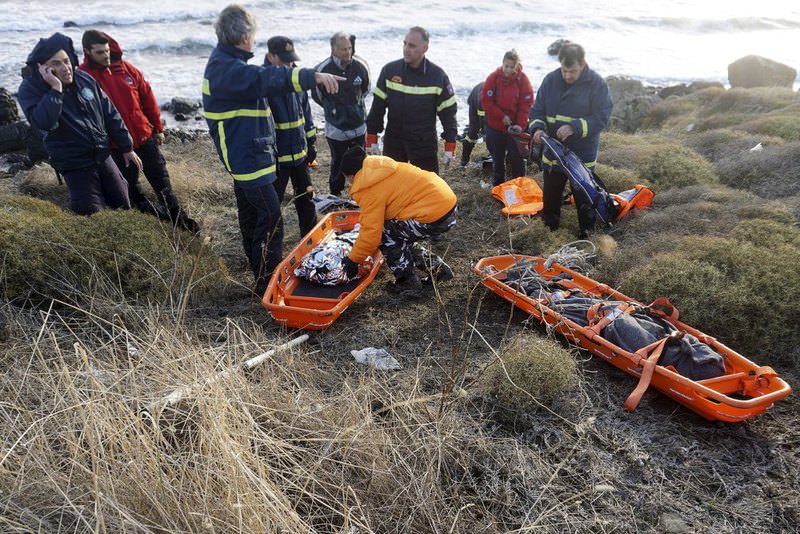 by reuters Oct 26, 2015 12:00 am
A woman and two children drowned when an inflatable dinghy carrying 63 migrants hit rocks off the Greek island of Lesbos yesterday, Greek authorities said. Seven people were still missing but the rest managed to reach land safely, a coastguard spokeswoman said. Their nationalities were not immediately clear. Dozens of refugees including many children have died trying to make the short but perilous journey from Turkey to Greece's outlying islands in recent months, often in overcrowded inflatables.

More than half a million people, many of them fleeing Syria's civil war, have managed to reach Greece on that route on their way to central and northern Europe. Europe's chief executive Jean-Claude Juncker was due to meet leaders from central and eastern Europe late yesterday to push for a coordinated response to the influx of refugees before the onset of winter.
RELATED TOPICS